Woman Who Wore ‘America Was Never Great’ Hat Speaks Out On The Backlash, Proves Her Ignorance [VIDEO]

Krystal Lake decided it would be an awesome idea[1] to wear a hat to work at Home Depot to make a political statement and all hell broke loose. The hat says, “America Was Never Great.” It was meant to be a slap at Donald Trump… she’s a Bernie Sanders zombie. People were massively offended and Home Depot told her it was against the rules to wear such a hat at work. She won’t wear it to work again, but will keep wearing it in public. The free America that she hates so much, gives her the right to do that. I don’t like Trump either, but I equally despise Sanders. Politics aside, it is wholly inappropriate to don a hat saying such an inflammatory thing at work. And… she still doesn’t get it. 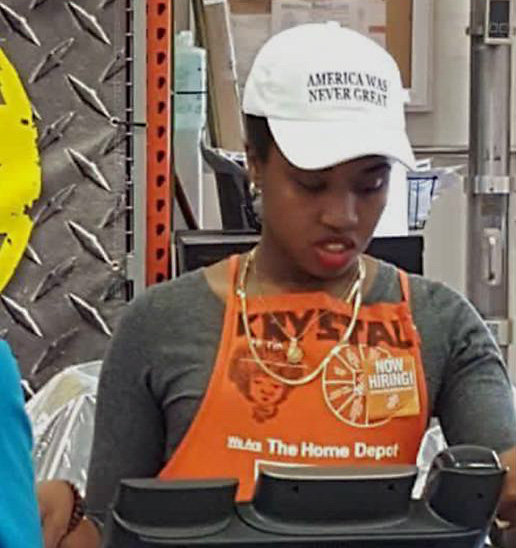 “I won’t be wearing the hat inside Home Depot anymore,” Lake told the Advance Friday, “but I’m definitely going to be wearing it in public — 100 percent.”

Lake, who plans to go back to work next week, says she is “shocked all of this is happening over her hat.”

Home Depot told the Advance that the hat violates the store’s policy, which prohibits employees from wearing “items that reflect political statements.”

“No one on our management team saw her wearing the hat — otherwise, they would have had her remove it immediately.”

Home Depot all but told Krystal that if she wears the hat again at work, she will be fired. That’s the way it should be. A spokesman for Home Depot on Thursday said that the home improvement chain has reiterated its dress code to all employees and that “there can be repercussions if some refuse to follow the policy. I’m not going to be specific about a single individual, but I can tell you that if someone refuses to follow any of our policies — not just dress code — it can lead to termination,” the spokesman said. Lake says she’s currently in the process of creating more “AMERICA WAS NEVER GREAT” baseball caps for her friends and supporters nationwide. “I’ve gotten a lot of negative messages sent my way,” she said. “But now I’m gaining a lot of support from friends and strangers.” Lake says she hopes the caps will be available soon for people supporting her message. “The point of the hat was to say America needs changing and improvement,” Lake said. “I don’t think it’s a positive message to say, “Let’s look to the past.'” So, she will profit off of hate for America… that’s capitalism for you and not what Sanders is selling. Another useful idiot that will never ever see the light. 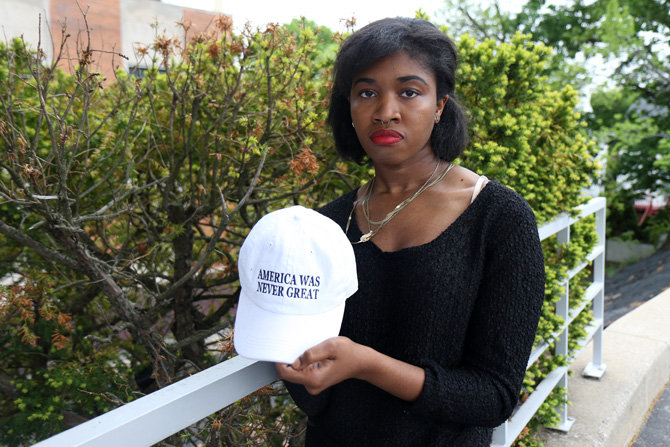