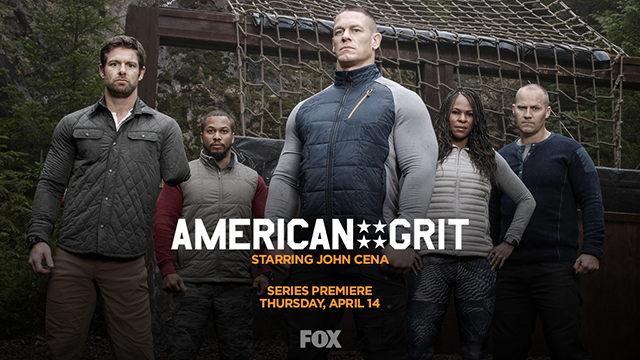 A contestant got a rude awakening from wrestler John Cena, host of the new television reality show American Grit[3].

During one of the show’s competitions, personal trainer and contestant Chris Krueger became irate with his mentor, Tee Hanible.

Krueger told Hanible, a veteran of the U.S. Armed Forces, “I’m not blaming you. I’m saying I blame myself for listening to you,” adding, “this is mind-boggling, we would’ve been better off without you there. We would’ve finished the drill faster without you.”

Cena apparently wasn’t about to allow the comments to go unchecked. He pulled Krueger aside and gave Krueger an “attitude adjustment,” according to Yahoo TV[4].

“The veteran (Hanible) is a gunnery sergeant in the United States Marine Corp,” Cena told Krueger. “When you turned 10-years-old, she was in boot camp kickin’ ass with men. When you were getting your driver’s license, she was in Iraq, in combat. And she was responsible, not only for her own life, but for the safety of more than a thousand Marines. You sleep under a blanket of freedom that she has provided for you. I think you owe Tee an apology.”

Unsurprisingly, the contestant with the poor attitude didn’t end up surviving the competition. Here’s the video…