SHOCK: Is Trump Backtracking On Immigration Proposal? Is Amnesty In The Cards? [VIDEO]

I’ve been hearing rumors about this all over the place today[1], so it is impossible to ignore. Buzzfeed now says[2] they hear from multiple sources that Donald Trump is going to go soft on his immigration proposals. His immigration plan is supposed to be released next week, this should be interesting.

Kellyanne Conway, Trump’s new campaign manager, is on video below saying that the handling of deportations was ‘to be determined’. Uh yeah… this is what I have said from the beginning… that you would see Trump shift on his stance on immigration. I can hear the overtones of Roger Ailes in this and it could royally backfire on them. Trump made it through the primaries and became the nominee because of one stance and only one: immigration. He was going to build a wall and deport illegal immigrants. I have a feeling that is about to ‘evolve’[3] and that could really tick his base off. 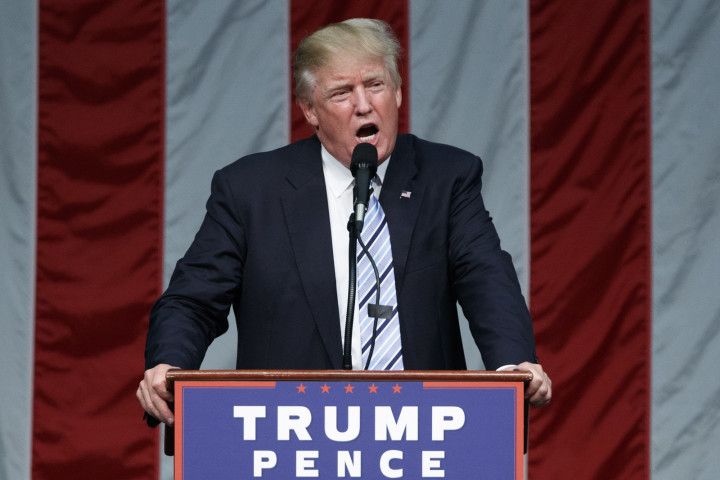 WASHINGTON (TheBlaze/AP) – Donald Trump’s new campaign manager now says it’s still “to be determined” whether Trump will follow through on his previous pledge to create a task force to deport immigrants living in the United States illegally.

Kellyanne Conway was pressed on CNN’s “State of the Union” on Sunday to reconcile Trump’s past call for mass deportations with recent reports he may be open to legalizing at least some of those people.

She said the Republican presidential nominee will release more details on his intentions in the coming weeks.

As an aside, Trump no longer feels he has to release his tax returns at all. As an accountant, I could have told you he never would. It would expose his financial dealings far too much… among those would be deals with Russian oligarchs and shady characters.

Trump suggested Saturday that he’s open to determining a “humane and efficient” method to deal with the millions of illegal immigrants in the United States. He made the comments at a meeting in Trump Tower with his recently established Hispanic advisory council. He seems to be signaling a major shift in his policy… again. He did not seem to fully embrace Amnesty, but attendees at that meeting thought his campaign was heading in that direction.

Univision[5], a Spanish-speaking network that openly supports open borders and amnesty for illegal aliens, is reporting that Trump[6] will announce a plan to grant legal status, i.e., amnesty, this coming week. I guess we’ll see what we see. The question is will Trump turn into a Gang of One[7]? 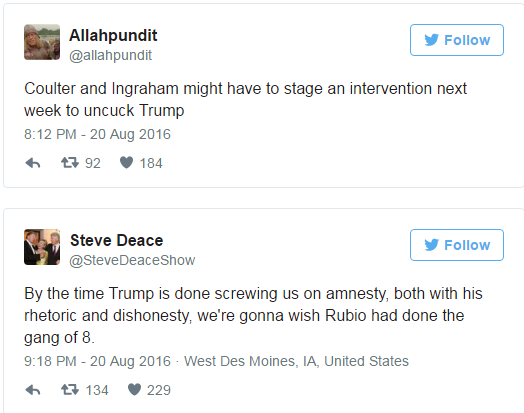 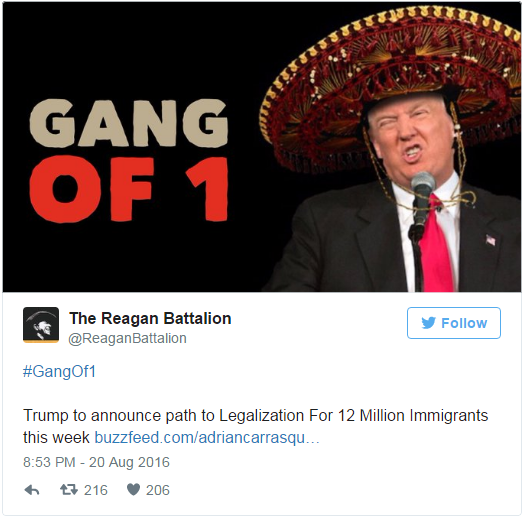