My theory[1] is that if you are stupid enough to get into a ring with a pissed off bull, then you get what you deserve. I don’t care whether you are fighting it or trying to save it. And it doesn’t care either. An animal rights activist found this out the hard way when he jumped into an arena to save a bull from a bullfighter in France. He was seriously lucky not to have been gored to death by the poor, abused bull. A woman jumped in with him. Both are dumb as a box of frigging rocks and are very lucky to have survived.

Our genius received a long, but not deep wound for his troubles. He got a ride to a hospital and was treated. The woman did not get hurt. The bull charged the man and tossed him. Then as the guy laid helpless on the ground, El Toro makes a second pass to finish him off. Matadors stepped in to save the moron. Several activists were present in the audience. They hung a banner that called for the end of bullfighting in France. This incident follows a succession of activists jumping into bull rings and all of them getting hurt to one degree or another. Bulls don’t have a sense of humor that we are aware of. 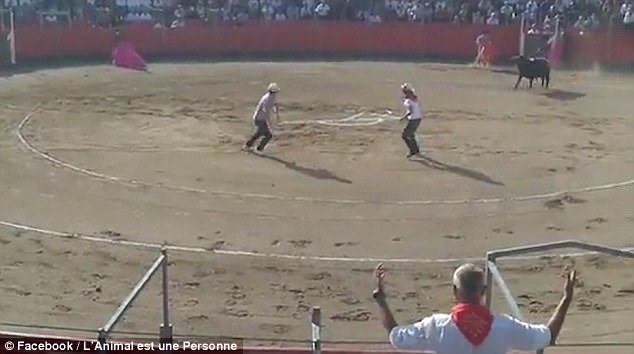 The man entered the arena in Carcassonne, southern France with another woman on Sunday.

Video has emerged of the moment an animal rights activist was attacked by a bull while protesting for its freedom, after he jumped inside the ring where it was fighting.

The man was ‘very lucky’ not to be seriously gored after he stormed the bullfighting ring in Carcassonne, southern France with another woman on Sunday, local police said according to AFP[4].

The pair of activists had been sitting in the audience before entering the arena during a series of fights involving young bulls, known as the ‘novillada’.

One of the bulls charged at the man – who is in his 30s – and delivered him ‘a long but not deep’ wound.

He was taken to a local hospital for examinations, while his fellow female activist was not injured and was arrested by police.

Video[5] shows the pair jumping inside the ring and running to the centre, where they swiftly catch the bull’s attention.

These guys belong to the Vegan Strike Group (seriously, I did not make that up) – they carry signs that say, ‘No to the Corrida, save the bulls’. If I were them, I’d be more worried about saving my own rear in that arena. A matador was just gored to death in France not long ago. It’s a very unpleasant way to go. Bullfighting is banned in most of France, but is allowed in some southern regions, where it is protected as part of local traditions.

Play stupid games, win stupid prizes. Geez. This guy must have the IQ of a bull patty. Here’s my last theory of the day for what it is worth… if the human race ever goes extinct, it will be because of the low IQ and stupidity of leftists who have so contaminated the gene pool, we logically let ourselves go the way of the Dodo bird. I don’t believe in evolution, but I do believe in a form of natural selection. 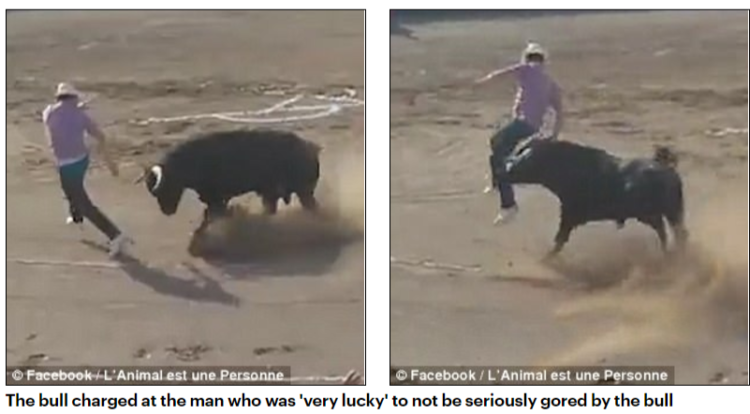 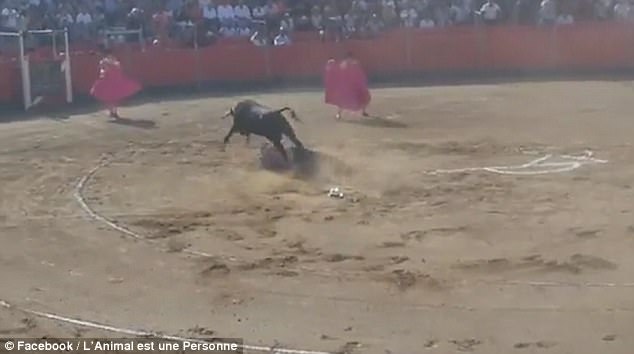 The bull makes a follow-up attack on the man as he lays injured on the ground.

Other activists’ encounters with bulls: 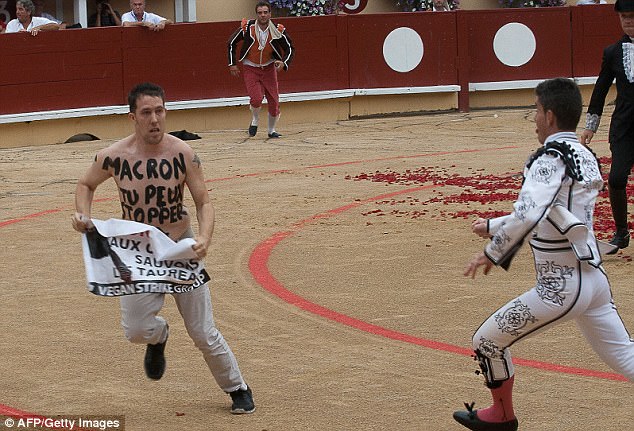 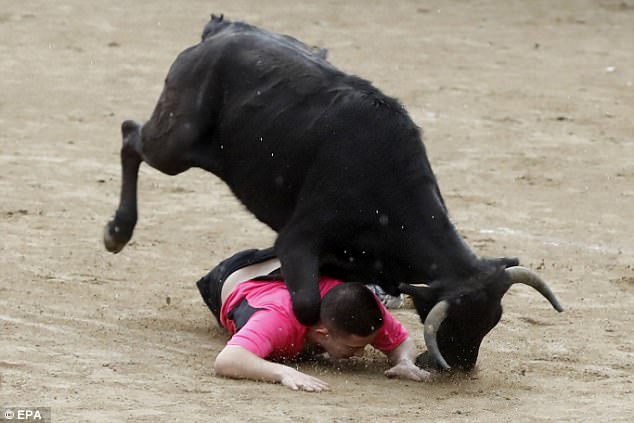 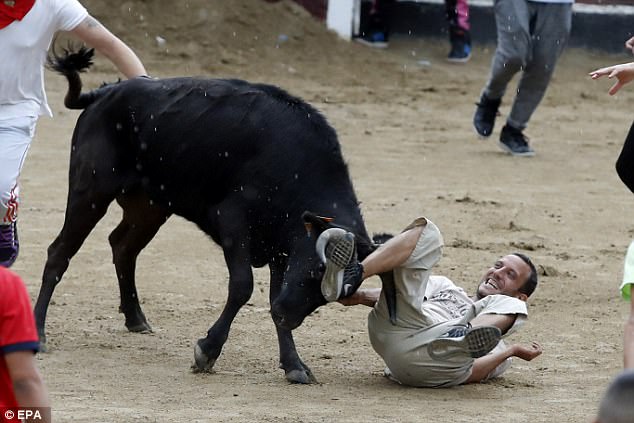 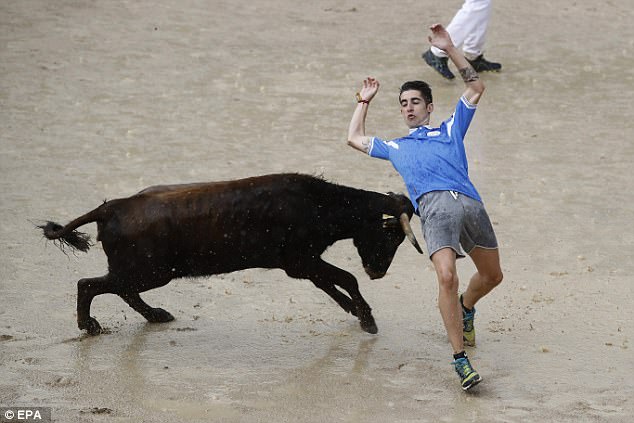 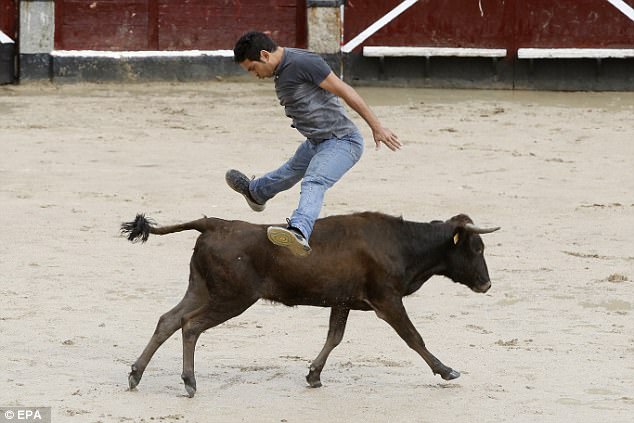