What kind of sick monster does something like this?[1] I think this took place in India. A medical student who was just about to qualify as a doctor had a video on Facebook go viral. He threw an innocent, defenseless little puppy off the roof of a building. Now, they are probably going to ban him from his medical exams, as they should. What bothers me is they have said if he turns himself in, he can complete his studies. He should be banned permanently and should wind up in prison over this. Just horrific. 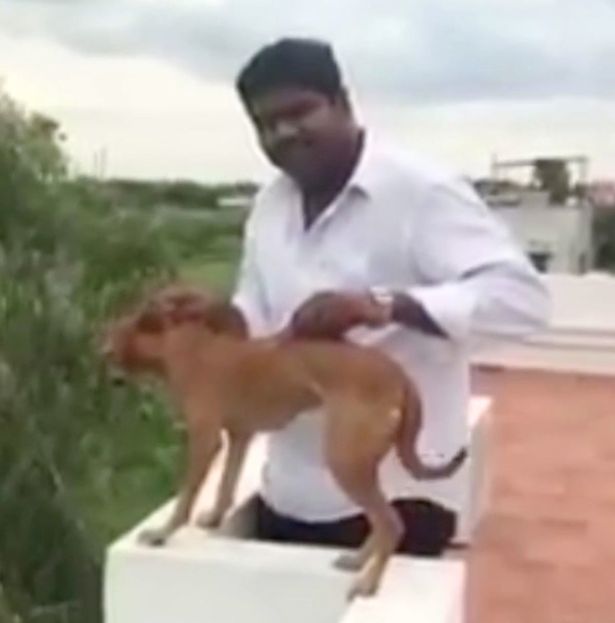 A twisted thug filmed throwing a defenceless puppy[3] from the roof of a building could be banned from sitting his medical exams.

The cruel yob, identified as medical student Gautham Sudarshan, was just months away from qualifying as a doctor.

But since being outed by animal rights activists, he has been told he won’t be able to complete his studies unless he turns himself in.

The video emerged on Facebook[4] , with thousands sharing the clip in disgust.

Hundreds commented on the 34-second clip, which shows a man holding onto the puppy and smiling as he prepares to throw it from the roof. That makes my blood boil. The dog did not die. It struggled to get up in pain after hitting the ground. You could hear the puppy crying. This guy is a sociopath. According to the New India Express, Sudarshan is a final year student of Madha Medical College, in Kundrathur, southern India. Activist Shravan Krishnan said: “The police approached the chairman of the college who immediately called the parents of Gautham and his classmate Ashish Paul who was believed to be behind the camera. By the time we reached Ashish’s home around 1:30 am, both he and Gautham had absconded to their home towns in Tirunelveli and Nagercoil.” Both men have turned off their phones, but they won’t be able to hide for long and they definitely won’t be getting their degrees if they don’t turn themselves in. More than 5,000 Facebook users shared the original clip in an attempt to track down the sick animal torturers. Many commented in sheer disgust on the vile act. There is a 100,000 rupees reward for information that leads to an arrest and conviction of the perpetrators.