Dog found with a hole in her head makes miraculous recovery

I’m a big baby when it comes to animals, okay? When I see those ASPCA commercials come on, I need to change the channel or turn into a blubbering mess. They’re so innocent and cute and they don’t ask to be abused or abandoned. They just want to love you and be loved in return. What’s wrong with that?

One abandoned pup went viral after he was found wandering around the streets of Thailand. It became so popular because of the horrifying state of the dog, which had a hole in its head that was festering and covered in maggots. It was covered in dirt and grime from living on the streets and parts of its skull was exposed. 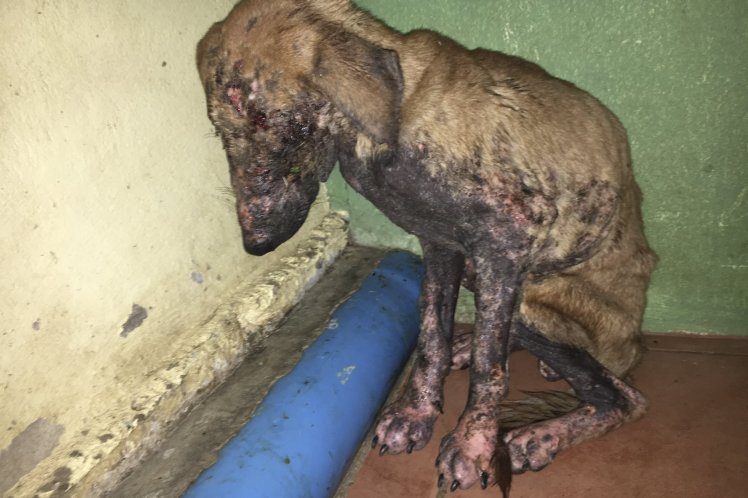 This was enough to make even veteran veterinarians weep, as it’s extremely rare to see a living dog in such bad condition. There were spots on the dog that had gone necrotic, causing the skin and underlying tissues to rot away.

The dog, named “Kiss,” was emaciated and frightened when she was found by rescue vets. Ian Clarke, operations director for WVS Thailand, commented on the state of the dog when it was discovered.

“The suffering was unbearable to see and the injuries caused distress for many of the vets and vet nurses that came into contact with the dog,” he said. “To think of what she must have been going through, physically and emotionally over the few months before she was rescued was enough to break the hearts of some of even the most experienced staff.”

Five weeks after her rescue, she underwent a miraculous transformation. It’s sure to melt even the coldest of hearts. 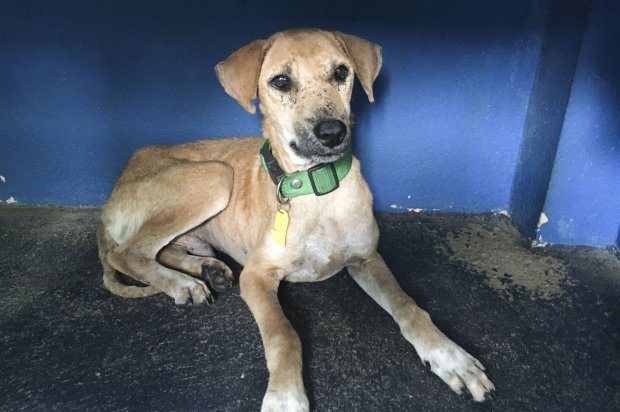 She looks like any other happy dog. While she’s still a little underweight, you would never guess her past traumas.

The CEO of the WVS, Luke Gamble, shared the story of Kiss which he hopes will hearten dog supporters everywhere.

“We have shared this story so that our supporters and dog lovers across the world can see the challenges we face every day here at WVS Thailand,” he said. “Our staff work extremely hard to help the dogs of Chiang Mai and beyond and often have to deal with some very emotionally challenging circumstances of which many people are unaware.”

I don’t know if I could do that, if I’m being perfectly honest with you. I couldn’t handle it. I would be a mess. I realize that it’s about saving animals and nursing them back to health, but seeing them in that condition would break me over and over again.