A cow briefly escaped[1] her fate at an Islamic halal slaughterhouse in Queens. She ran free through the streets for a couple of hours before finally being caught and sent back to the butcher. Poor cow… wish she had gotten away. It must have been quite a sight in Queens to see a cow running in the streets. Out west, I’m used to seeing cows and other animals roam free, but for New Yorkers, that was something you don’t see every day. People videoed the cow making a run for it as she dared oncoming traffic and weaved in and out of cars. The brown and white cow had escaped from the Jamaica Archer Live Poultry and Meat Market on 165th Street in Queens, New York. It trotted past cars on 165th street, before crossing over the busy Jamaica Avenue and into a shopping plaza. 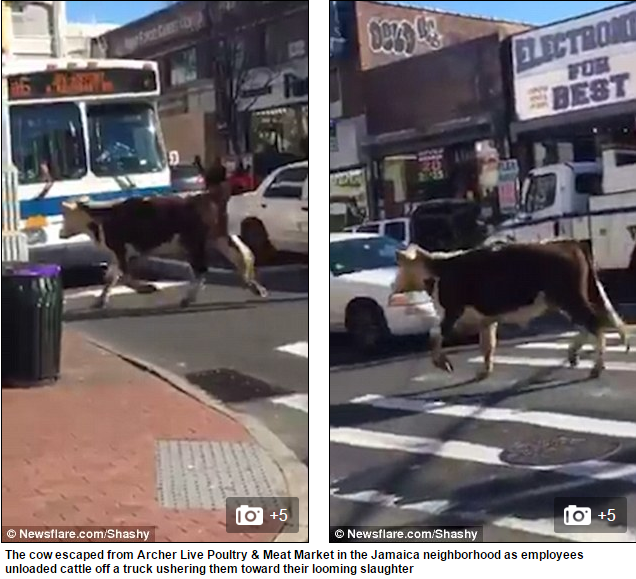 This astonishing footage shows the moment a runaway cow dashed through the streets of New York after escaping from a halal slaughterhouse.

The bovine fled from the Queens’ meat market and scurried past cars and bemused onlookers, before stopping momentarily in a pedestrian plaza.

It then sprinted down the road, weaving between the oncoming traffic as quizzical bystanders captured the surreal event on their phones.

The cow then roamed into a garage on 165th street, right across from the slaughterhouse where it had escaped. NYPD’s Emergency Services Unit lassoed the cow and wrangled her back under control. They then took her back to her fate… this is one of those rare times I agree with PETA. I wish they would have let her go. The animal had escaped while workers tried to put it in a pen. Following the cow’s dramatic escape, members of animal rescue group PETA held a protest outside the slaughterhouse demanding its release. I doubt that did any good. Despite the protests and the cow’s new-found popularity, workers at the slaughterhouse insisted it would be killed today. One said: ‘We’ll kill it. Every Friday we kill animals.’ I bet they do and in the most barbaric way possible. The cow fled from the same slaughterhouse where a goat had escaped earlier this week. Police collected $40 to buy the kid and the animal is now roaming free at a Long Island petting zoo. Unfortunately for this wayward cow, no such rescue was forthcoming. 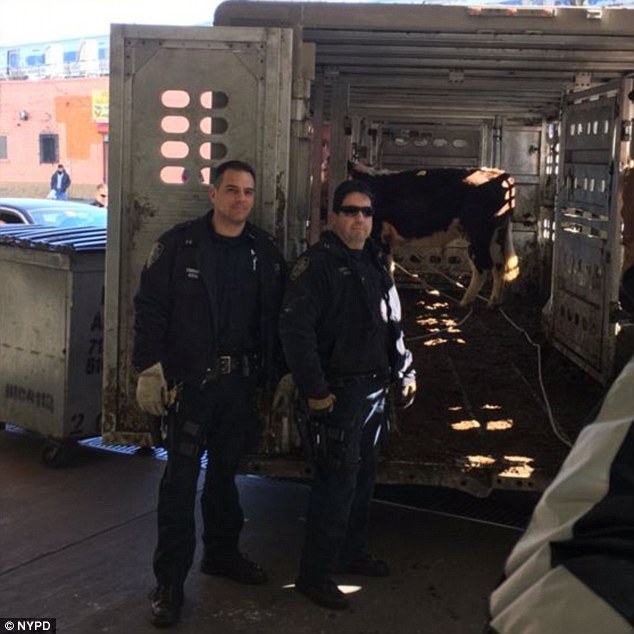 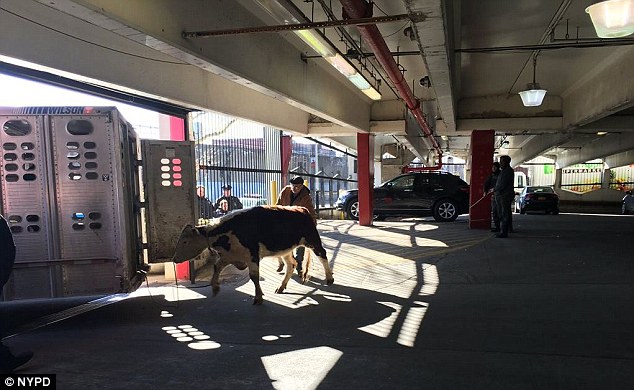 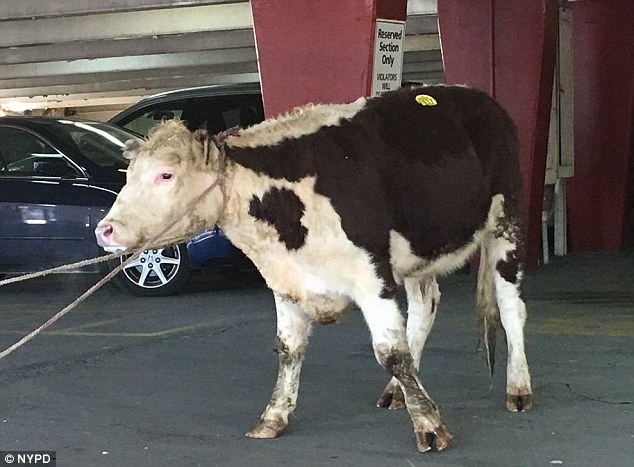