Seeing animals forced to live in horrible conditions can make anyone angry. Thankfully, it can also lead to action — and that let this mountain lion finally be free for the first time in 20 years. 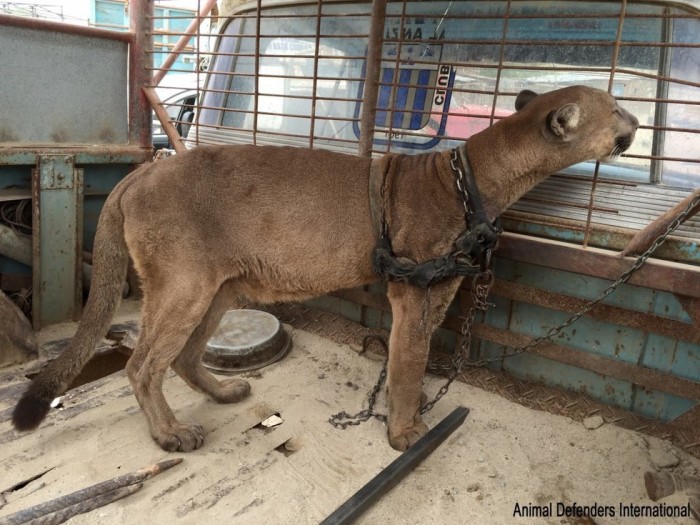 A mountain lion who lived in chains for 20 years with a traveling circus was finally freed by wildlife officials.

Mufasa was found chained to a pick-up truck amid piles of rusting circus equipment. Though Peru has banned circuses from using wild animals, his captors evaded the law and moved between remote villages.

He was finally freed from his chains when Animal Defenders International and wildlife officials raided the circus and rescued him.

Can you imagine the kind of life this poor animal must have led, chained to the back of a truck for two decades? Thank God he has finally been rescued and set free!