Dogs have become more than man’s best friend. For many, they have become their children…children who poop in yards and like to be scratched behind the ears.

Well, as it turns out, an old terrier named Tessa was found with a contrite note[1] attached to her neck which had one sentence on it: ‘I DON’T NEED A DOG’. Also found was her bag of food, a bowl and a blanket.

She actually had belonged to an elderly woman, yet had been pushed off on a ‘kind neighbor’, who for some reason agreed to take the dog in.

Also contained in the note was the background story of why the dog had been abandoned ‘reluctantly’ and why the person that took it in, ‘did know I will not keep Tessa’. Fortunately the dog was found by volunteers from South Yorkshire Pet Ambulance animal rescue who were located near by the area. 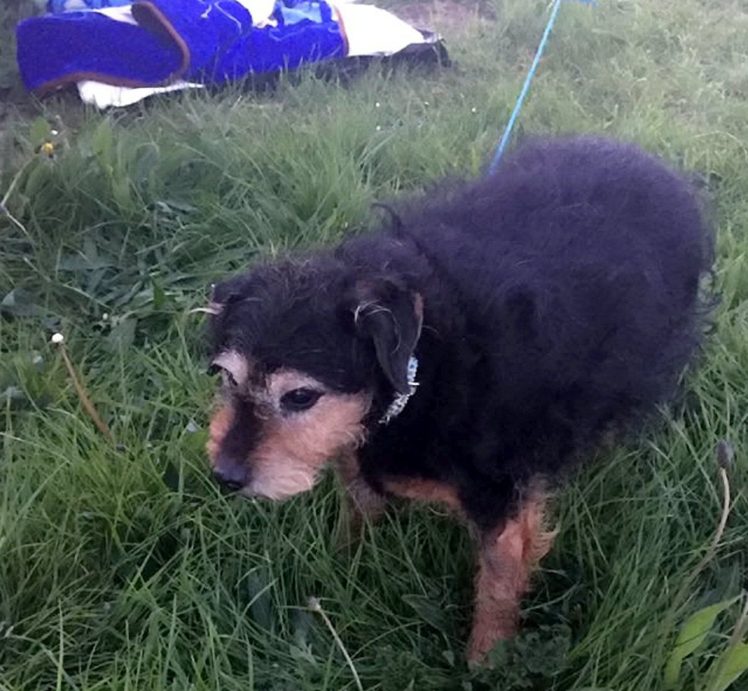 The funny part is the neighbor – who will remain unnamed – was blamed by the son of Tessa’s owner Yvonne Radcliffe, who is 76. Paul Edwardson is the son and had found that Tessa had been left in a field after the pet ambulance service posted information about the dog on Facebook.

He explained and set the record straight on what happened:

‘I am upset but I’m more angry if I’m being honest. Tessa was twelve and my mother feared that she may not survive the flight.

‘She came back to the UK for six weeks to sort out her possessions but primarily to re-home Tess. Mum was worried where Tess would go and didn’t want her to go to a stranger. She had known the neighbor for over nine years and he told her that he had always wanted a dog. The neighbor had told my mum that he was “building a run for her” and was “so happy to have her”.’

In John Hawkins’ new book, ‘101 Things All Young Adults Should Know’[3], he teaches in chapter 16, “Be nice until it’s time to not be nice”. This neighbor was over the top excited about the dog…until that passed and he or she was stuck with a dog.