MAN SHOOTS: 400-pound BEAR dead after it broke into his house for the second night in a row ‘feared for his life’ – May be charged with a crime

People should be able to defend themselves from wild animals threatening their lives, right? Victor Peters did just that, though, and now might end up facing charges. 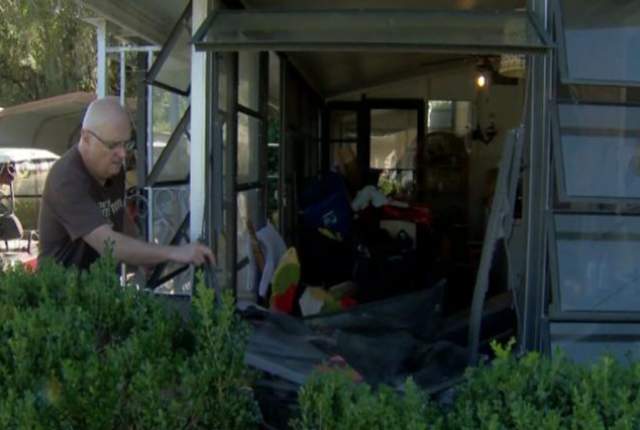 A Florida man shot and killed a 400-pound black bear after it broke into his house two nights in a row to get to a bag of dog food.

‘I felt in danger enough that since it wouldn’t leave I had to shoot it,’ said Victor Peters of Lady Lake of the Wednesday night incident in a video interview posted online by the Orlando Sentinel.

Killing a bear in Florida is illegal and Mr Peters could now face charges.

The Florida Fish & Wildlife Conservation will be handing the case to prosecutors early this week when they will decide whether to take the issue further.

‘It sounds like he did what he could do to try to keep the bear from coming back,’ Workman said. ‘We’re looking at all sides to make the best decision.’

Workman, who works with the Florida Fish & Wildlife Conservation, does thankfully seem to be looking fairly at the situation. But it seems clear that there is no reason for charges to be filed against a man who was doing nothing more than protecting himself from a dangerous wild animal.