Meet the ‘magic rabbit’: A VERY cute creature that is more endangered than the panda

Oh my goodness! I have never seen so much ADORABLE on one face. Probably because they haven’t been seen for over 20 years, and they live in China! Sadly, these little guys are disappearing at an alarming pace – and they may not be around much longer! The Daily Mail[1] reports: 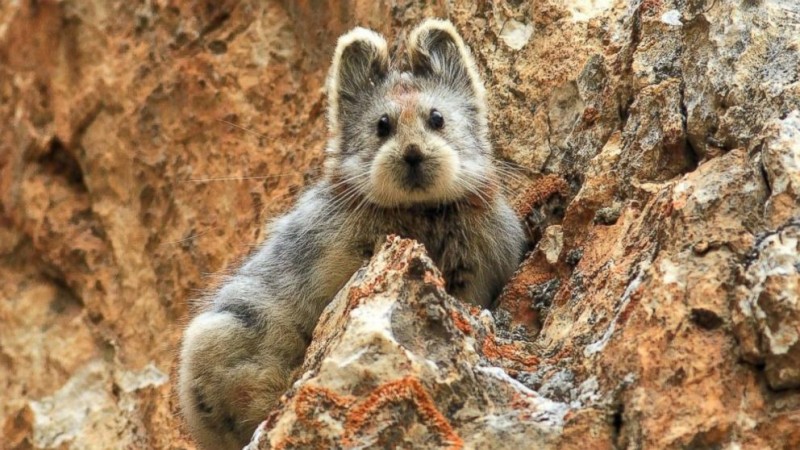 The tiny Ili Pika, an eight-inch long rabbit-relative, is one of the world’s most endangered animals with less than 1,000 animals believed to be left in its natural habitat.

The Ili Pika population is believed to have declined by almost 70 per cent since its discovery in 1983, scientists say.

The Ili Pika, formally known as Ochotona iliensis, was discovered by conservationist Li Weidong in 1983, who named it after his hometown.

The animals can only be found in the Tianshan mountain range in the Xinjiang region of northwestern China, and its territory is under threat, with the population rapidly declining.

When the Ili Pika was first discovered, Mr. Li and his team estimated that there were around 2,900 animals living in the Tianshan mountain range.

Nearly 20 years later, in 2002, Mr. Li conducted a new demographic, which found that the population had dropped to 2,000.

Last year’s fresh census, which is when the Ili Pika was spotted for the first time in 20 years, concluded that the population is down to less than 1,000 pikas.

‘I discovered the species, and I watched as it became endangered,’ Mr Li told CNN.

‘If it becomes extinct in front of me, I’ll feel so guilty.’

Very little is known about this rare species, as no successful observations about its ecology, behaviour or reproduction has been carried out.

Mr. Li believes global warming is the cause of the decline in Ili Pikas as the altitude of permanent snow in the Tianshan mountain range has risen.

‘This tiny species could be extinct any time,’ Mr. Li added. ‘They don’t exist in the sites where they used to be anymore.’

I hope these sweet little angels stay around. It would sure be a shame if we lost such a cute little member of the animal kingdom. Share if you think this little guy needs to get off the endangered species list.