Seconds Before House Was Demolished, They Found THIS Inside [Video]

These are some seriously cute puppies! They came very close to being killed when this house in Detroit was about to be demolished. The workers found the puppies in the basement and called the Humane Society to come get them. There were eight puppies in all, but they never did find the mother. All were taken out safe and sound. They were fed, given shots and loved. They are all in great homes now. They originally found the puppies under a dresser. When they moved it, some of them scattered. They had to go through a closet with love seats in it and a bunch of junk, but they finally corralled the pups, so they could be safely taken out of there. The little rascals were quick as the dickens.[1] 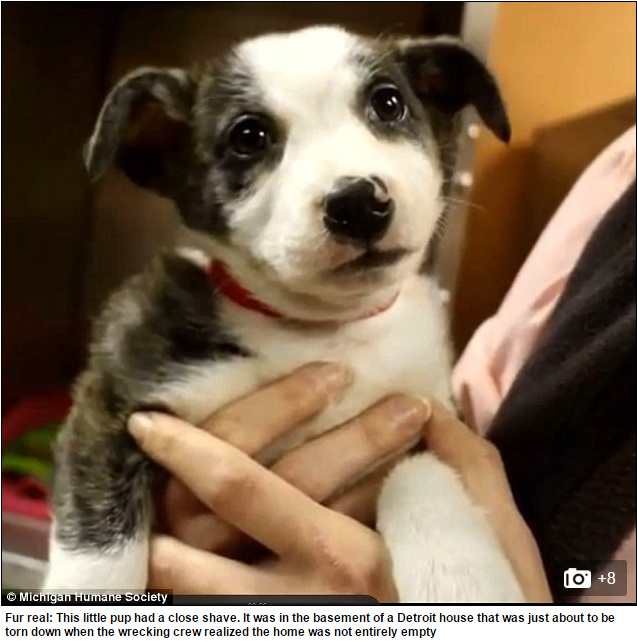 A wrecking crew was on the doorstep of an abandoned house in Detroit when the workers made a startling discovery that put a temporary halt to the destruction – the basement was home to a litter of adorable puppies.

‘The Michigan Humane Society Rescue Department got a call from the demolition crew that they were about to take down a house,’ rescue driver Pam Dybowski explains on a video on the organization’s website. ‘They said when they were about to, they heard puppies inside the house, so they called us and we went out.’

After arriving at the building on October 8, animal rescuers first made sure they were no wayward pooches in the top part of the house.

‘Then we went to the basement, where we found the puppies underneath a dresser,’ Dybowski said.

‘When we lifted the dresser up, the puppies just started to scatter all over the basement.’

The rescuers were able to corral some of the little ones and get them safely into cages.

But some of the wily canines had other ideas.

‘There was a lot of stuff in the that closet area — five love seats, four bicycles, just a bunch of furniture,’ she said.

‘It was difficult to get to them.’

But the dedicated team found all the pups, double- and triple-checking the home to make absolutely sure.

However, there was no sign of the mama dog, Michigan Humane Society spokesman Ryan McTigue told the Daily Mail Online.

McTigue said the four male and four female pups, at 10 weeks old, were grown up enough to be on their own.

Dybowski also noted: ‘They were shy at first, but they seemed to warm up to us. And now they are very happy, outgoing puppies.’

‘They are all healthy and in homes now, which is fantastic,’ McTigue told the Daily Mail Online.

He noted that the Michigan Humane Society, which serves the cities of Detroit, Highland Park and Hamtramck, responds to 10,000 calls a year involving animal cruelty allegations and requests for animal rescues.

‘Michigan Humane is a private nonprofit group, so rescues like this are made possible by donations from the public,’ he said.

The workers went through the house several times just to be sure everyone got out safe and sound. Not sure where the mother of the pups went and I’m sorry they didn’t find her. She will be devastated if she comes back and everything is destroyed and they are gone. But it was the only solution at the time in a life or death situation. They were only ten weeks old, but are weaned and good to go on their own. There were four males and four females. I love the names they were given. I don’t always agree with the Humane Society’s politics, but they do invaluable good with animals. I’m so glad these workers found these puppies and called the Humane Society to rescue them. One look at those faces and you fall in love. 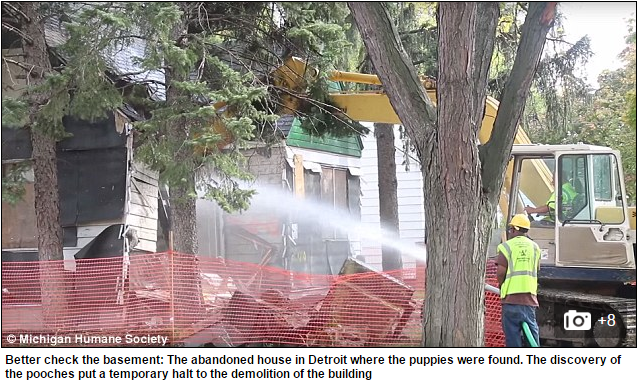 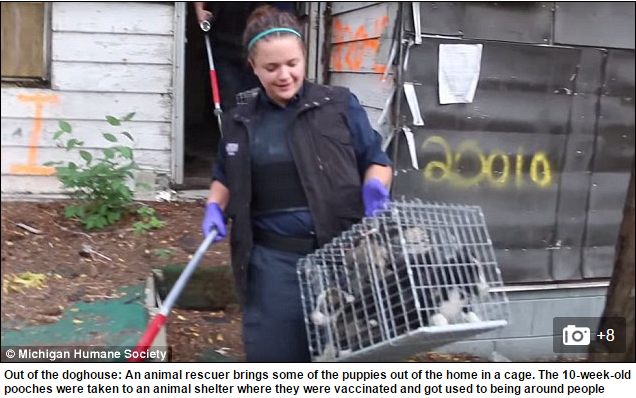 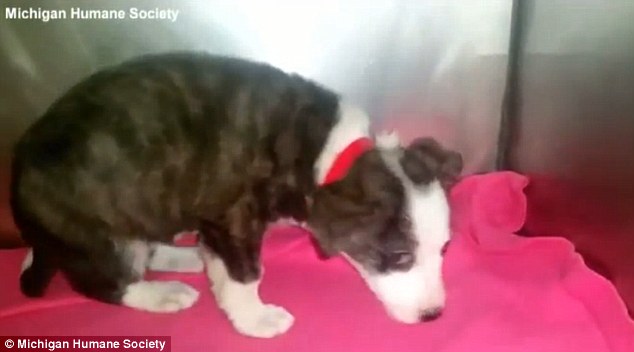 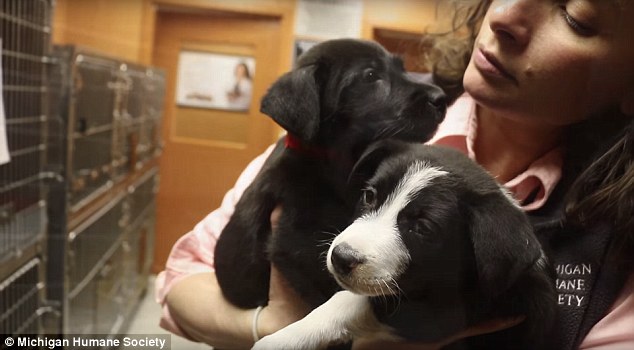 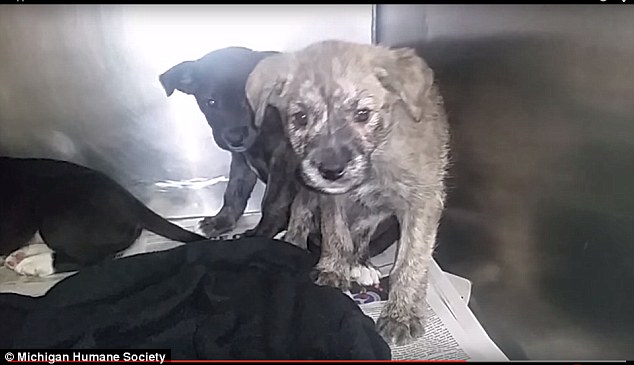