SHOCKING!!! Pit bull MAULS family because they tried putting a Christmas sweater on it

Of all the stupid[1], asinine things to do to a dog… putting a Christmas sweater on them ranks right up there. There are a number of breeds of dogs I am leery of… Mastiffs, Dobermans, Rottweilers, Akitas… and chief among them are Pitbulls. I’m not saying that any of the aforementioned dogs can’t be gentle and loving, I have just seen many that weren’t.

This family in Florida have a Pitbull mix named Scarface. When Brenda Guerrero went to put the sweater on her pup, he lost it and savaged her arm. Her husband, who is a big guy, tried to pull the dog off her and the dog turned on him. Their 22 year-old son resorted to stabbing the dog in the neck and head to get him off his parents. They then ran inside and called animal control. Brenda is in serious condition and in the hospital. 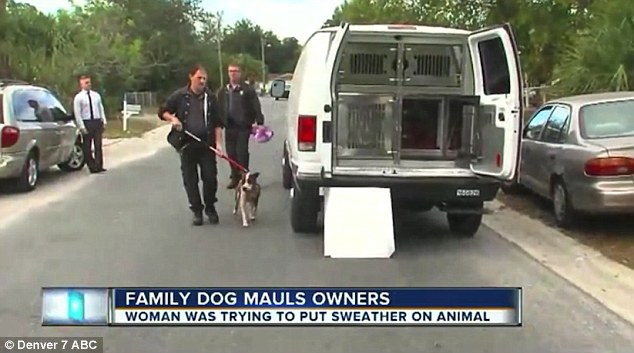 A dog viciously attacked three members of a family after its owner tried to put a Christmas sweater on him.

Brenda Guerrero, 52, from Tampa, Florida, was in the backyard trying to put the pit bull mix, named Scarface, into a festive outfit when he attacked her, biting her on the arm.

Her husband Ismael Guerrero, 46, tried to pull the dog off his wife but then the animal started to attack him, reported WTSP[3].

After the couple’s son Antoine Harris, 22, stabbed the dog in the neck and head, all three were able to escape back into the house.

Tampa police and Hillsborough County Animal Control were called to the scene.

Police shot the pit bull with a tranquilizer dart – at which point it managed to get into the house where there were two young children.

Police then used a bean bag gun and Taser to subdue the dog.

When animal control got there, they hit the dog with a tranquilizer dart and a taser. Neither worked and the dog ran into a home with two small children. Animal control then hit the dog with bean bags and tasered him again. This time, they brought him down. He’s now in the custody of Animal Control and I would imagine has a date with a needle and death soon. All because his owner wanted to put a dumb sweater on him. What were they thinking?

Given, the dog must have had violent tendencies to begin with, but it didn’t have to come to this and shouldn’t have. The owners are both in the hospital and Brenda’s wounds are not life threatening. They had just put up a Beware of Dog sign. Can you imagine if the dog had lost it with a child? Neighbors said the family just got the dog about a month ago. They said at times Scarface would get out of the yard and run through the neighborhood. I guess people are thankful that it wasn’t worse. Just say no to putting Christmas sweaters on dogs please. 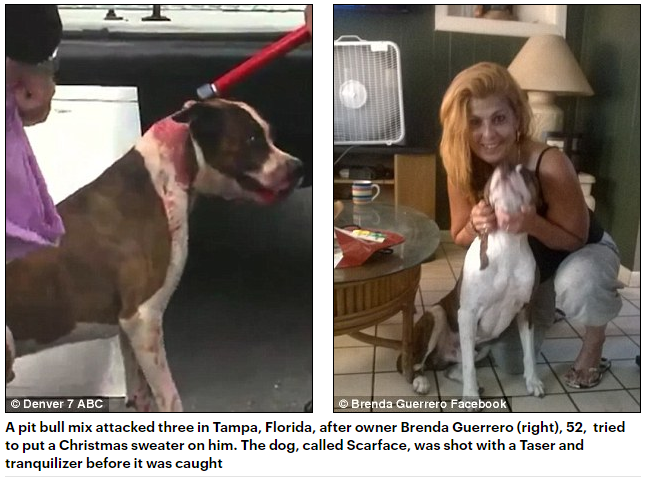 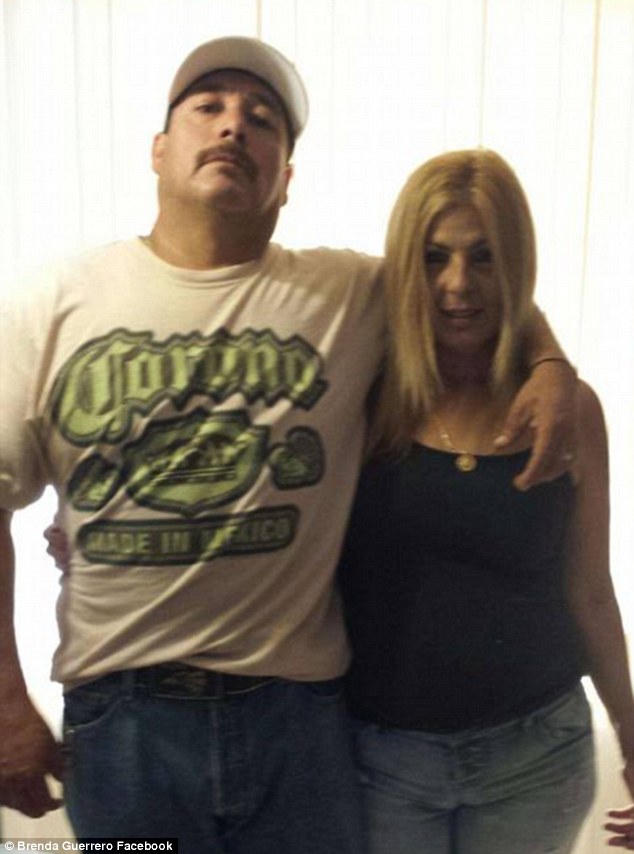