Two teens were attacked by at least one shark in North Carolina in incidents that occurred only about an hour and a half apart on Monday. Both lost arms to the deadly sea creature. 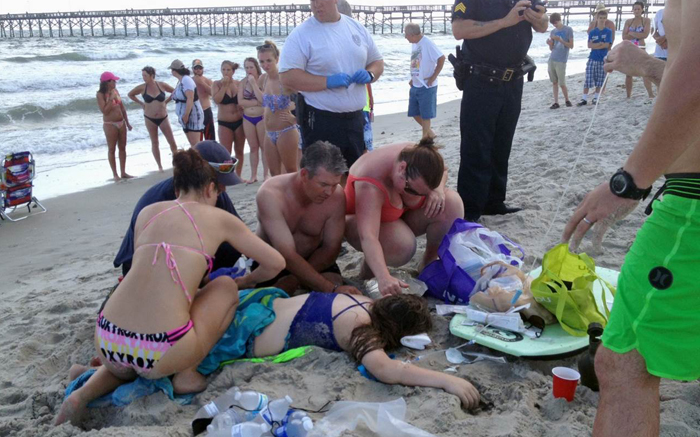 A 12-year-old girl and a 16-year-old boy both lost limbs[1] to the shark attacks which occurred near Oak Island, NC.

A 12-year-old girl from Asheboro lost part of her arm and suffered a leg injury, and a 16-year-old boy from Winston-Salem lost his left arm less than 90 minutes later and about 2 miles away late Sunday afternoon, officials said. The victims were each about 20 yards offshore, in waist-deep water.

Surgeons amputated the girl’s left arm below her elbow, and she has tissue damage to her lower left leg. The boy’s left arm was amputated below his left shoulder.

Both were in good condition Monday after being airlifted about 25 miles to New Hanover Regional Medical Center in Wilmington, said hospital spokeswoman Martha Harlan. Neither victim’s name was released.

The lives of both victims were saved by other beach goers who jumped to their aid and stopped the free flow of blood saving their lives.