Video of a man throwing a dog to a polar bear in Russia has caused widespread outrage. But a second video shed more light on the situation, and now has people wondering if it was understandable after all. 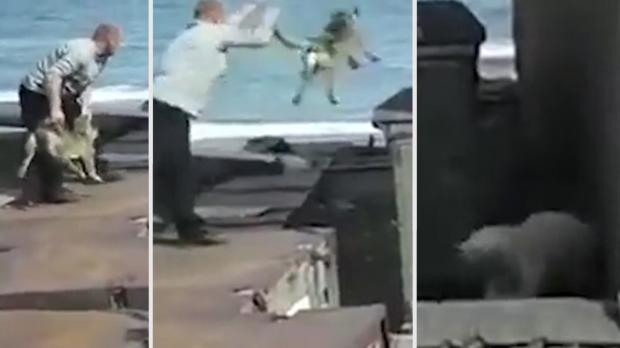 This is the shocking moment a man picks up a live dog and throws it at a polar bear – supposedly in a bid to distract the animal from attacking a woman.

The scene at a coastal facility in the Russian Arctic has caused outrage and fuelled demands for retribution, as the bear uses its claws to attack the yelping dog.

A screaming woman off camera appears to encourage the man to throw the dog to what seems to be certain death.

In fact, the dog may have fled the scene, but it is not totally clear.

Yet it now appears the man, in hurling the dog towards the predator, was seeking to deflect the bear from attacking a stranded woman.

… [T]he second film shows a woman being attacked by a polar bear and then escaping, without her trousers.

It is unclear if she successfully fled from the polar bear.

What would someone do if they were in that situation? It was a horrible thing to do, but what other choice did this man have? Should he have let the polar bear savagely kill the woman instead?