In what I would call[1] the shortest stint in history, Anthony Scaramucci was just fired by President Trump a mere ten days in the role of White House Communications Director. Oops. I understand that Chief of Staff John Kelly personally requested the ouster of Scaramucci. Just wow. Others are saying they don’t know if Scaramucci will stay on at the White House. I got a tip on this minutes before it broke and I’m told that he will go back to the ExIm Bank.

This is certainly unprecedented to say the least. Kelly has taken full charge as Chief of Staff and he is being given full control by the President. Scaramucci helped oust Reince Priebus and now the musical chairs have settled once more. But I would wager that Kelly will be there for a good while and he’s getting ready to clean house. With Scaramucci’s crass language and penchant for blabbing to the media, I consider this a very wise move. Steve Bannon must be pleased.

In the span of ten days, Scaramucci became the White House Communications Director, ended his marriage, had a baby and then lost his job. I’d say he’s having a rough go of it. 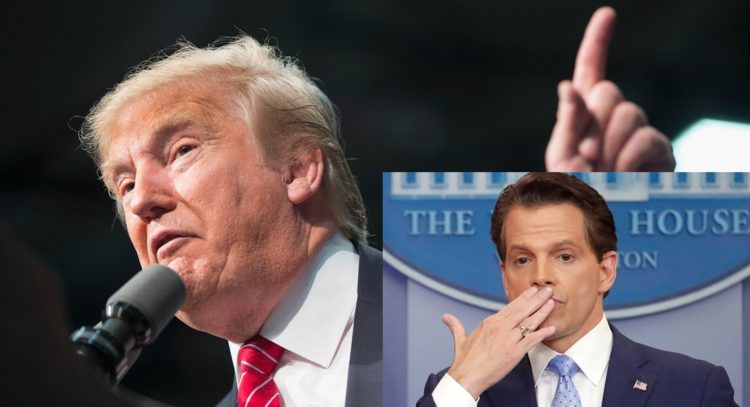 From The New York Times[3]:

WASHINGTON — President Trump has decided to remove Anthony Scaramucci from his position as communications director, three people close to the decision said Monday, relieving him just days after Mr. Scaramucci unloaded a crude verbal tirade against other senior members of the president’s senior staff.

Mr. Scaramucci’s abrupt removal came just 10 days after the wealthy New York financier was brought on to the West Wing staff, a move that convulsed an already chaotic White House and led to the departures of Sean Spicer, the former press secretary, and Reince Priebus, the president’s first chief of staff.

The decision to remove Mr. Scaramucci, who had boasted about reporting directly to the president not the chief of staff, John F. Kelly, came at Mr. Kelly’s request, the people said. Mr. Kelly made clear to members of the White House staff at a meeting Monday morning that he is in charge.

It was not clear whether Mr. Scaramucci will remain employed at the White House in another position or will leave altogether.

For those who keep track, at a dinner over the weekend with President Trump in which Kelly was present, Scaramucci was notably absent. Which was a sign that things were ‘off’. Chief of Staff John Kelly was just sworn in this morning, so the move to dump Scaramucci was his first official duty. He wasted no time in doing it either. Kelly is likely to use military-style discipline to bring Trump’s staff into line. Again, that’s a good thing.

Sean Spicer confirmed Scaramucci’s departure in a statement on Monday afternoon: “Anthony Scaramucci will be leaving his role as White House Communications Director,” Spicer said. “Mr. Scaramucci felt it was best to give Chief of Staff John Kelly a clean slate and the ability to build his own team. We wish him all the best.” That’s a nice, civil way of saying, “you’re fired!” Over the weekend, Kelly made it clear that he disapproved of Scaramucci’s interview and found it offensive and embarrassing for the President. This is a shift in the culture of the White House and I for one am glad to see it. 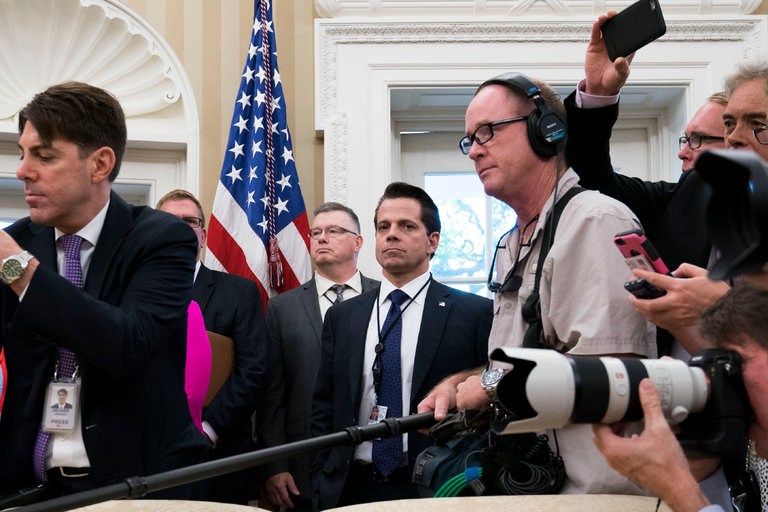