While other countries — like, say, Russia and China — are busy building their militaries, Obama seems insistent on tearing ours down as much as possible. His newest plan is to destroy over $1 billion worth of ammunition. 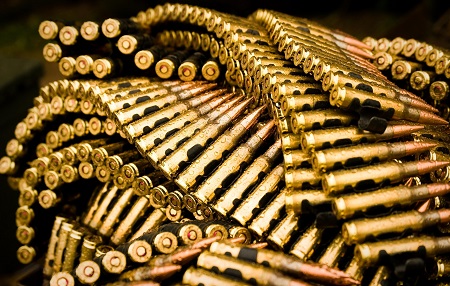 The Pentagon plans to destroy more than $1 billion worth of ammunition although some of those bullets and missiles could still be used by troops, according to the Pentagon and congressional sources.

It’s impossible to know what portion of the arsenal slated for destruction – valued at $1.2 billion by the Pentagon – remains viable because the Defense Department’s inventory systems can’t share data effectively, according to a Government Accountability Office report obtained by USA TODAY.

… The effect of inaccurate accounting of ammunition for troops at war was outside the scope of the study. However, there were limited supplies at times of .50-caliber machine gun and 9mm handgun ammunition at the height of the wars in Iraq and Afghanistan, according to a senior military officer who spoke on condition of anonymity to talk about the issue.

So Obama’s reasoning is that, because the military’s accounting system is not efficient enough, we should just destroy a huge amount of ammunition. Because that will teach them a lesson, or something? Apparently, Obama’s all for wasting valuable resources as long as he’s the one doing the wasting.