Another Day Another Disaster 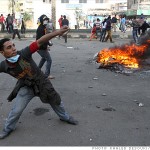 [1]Barack Obama’s foreign policy approval numbers plunged in a recent poll.:  This is no surprise at a time when NATO is pulling back in Afghanistan, a move that is heightening doubts about the future of that country.:  NATO’s decision, which leaves Obama’s exit strategy in doubt, makes his claims of “progress” in that arena suspect at best.

While the Islamist world raged in the first week of a stark, full blown display of vehement, bloody hatred towards the United States, Barack Obama was jet setting to a party with Jay-Z and Beyonce, where he enjoyed the sight of a lavish 18-foot tall tower of gold French champagne bottles.:  That was, until he was obligated to move the party to the CBS Late Show with David Letterman for a conversation that was so important that Obama simply could not find the time to meet with that pesky Israeli Prime Minister Bibi Netanyahu.

Oh yes, without a glimpses of a hint of a shadow of a doubt, Obama is the one and only candidate in this presidential race who is 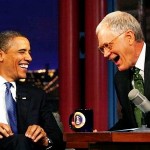 [2]grounded, looks out for and cares for the little guy.

If you believe that, there is an exclusive ocean front property sale happening in Bolivia that is definitely not to be missed.

For the White House and the Obama re-election campaign, another day means another disaster.

Especially when additional evidence of his long term devotion to wealth redistribution surfaces:

GOP presidential nominee Mitt Romney rejected Obama’s views and policies by stating ‘We believe in free people and free enterprise, not redistribution’.:  That statement exemplifies how Romney is escalated his attacks on Obama’s economic vision.:  A vision that has led to two credit downgrades for the United States, long term unemployment for millions of Americans, reductions in wealth and earning power at a time of higher prices at the grocery story and escalating costs for energy. 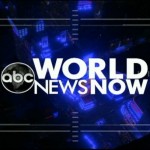 [4]Thanks to an embarrassingly unprofessional and utterly irresponsible news media, most Americans are oblivious to the fact that the number of able-bodied adults who are dependent on food stamps has doubled since Obama’s illegal Executive Order suspended the work requirement for welfare recipients.

What is the “mainstream media” focused on?

For ABC News, the headline is: Romney Tapes Give Way To The Not-So-Calm After The Storm

Of special note for MICHAEL FALCONE (@michaelpfalcone) and AMY WALTER (@amyewalter) are:

-ROMNEY TAPES GET THE SUPER PAC TREATMENT: That didn’t take long. The pro-Obama super PAC, Priorities USA Action, is quick out of the starting gate this morning with a new television ad featuring footage of Mitt Romney’s candid comments from a private fundraiser that has rocked the political world this week. The script of the ad, titled “Doors,” speaks for itself. A narrator says, “Behind these doors Mitt Romney calls half the American people….” And then the hidden-camera video of Romney finishes the sentence::  ”Dependent upon government, who believe they are victims.” The narrator returns: “Victims?:  Behind these doors middle-class families struggle. And Romney will make things even tougher. Raising taxes by up to $2,000 to give multi-millionaires a $250,000 tax break.” And Romney again: “I’ll never convince them they should take personal responsibility…” The group says the ad is part of their $30 million effort to underscore the effects of Romney’s economic proposals, which is underway on television and online in Colorado, Florida, Iowa, Ohio, Virginia and Wisconsin. WATCH: http://youtu.be/uaKIeR4Sn3k

-THE ROMNEY CAMPAIGN RESPONDS WITH TWO LUMPS OF COAL: Today the Romney campaign released two new television ads focusing on what Team Romney is calling “President Obama’s war on coal.” According to a release from the campaign: The first ad titled “Way of Life.” In the ad a man says, “My family’s worked in the coal industry for over sixty years. This is the way of life we know. Policies that the current administration’s got is attacking my livelihood. Obama said he was going to bankrupt any new power plants that opened up that’s coal-fired and he’s keeping his promise. I got two young grandsons. I’m scared for their future, let alone mine. I support Mitt Romney.” WATCH: http://mi.tt/S34HBp In the second ad, “War on Coal,” the Republican nominee touts his support for the coal industry: “We have 250 years of coal,” Romney says in the spot. “Why wouldn’t we use it?” WATCH: http://mi.tt/RoxS7W

-REDISTRIBUTION POLITICS: The Romney and Obama campaigns are sparring today over “redistribution” – specifically an audio clip of President Obama from 1998 on the subject. WATCH: http://bit.ly/V99buI Republican National Committee spokeswoman Kirsten Kukowski sums up the argument the GOP is seeking to make today – and likely for some time to come: “While Governor Romney talks about promoting personal responsibility and hard work, promising to deliver recovery, President Obama believes in redistribution and government dependency.” The Romney campaign has already been pushing hard on this line of attack and there’s more to come today, campaign aides tell The Note. Yesterday Obama campaign spokesman Ben LaBolt weighed in: “The Romney campaign is so desperate to change the subject that they’ve gone back to the failed playbook co-authored by Sarah Palin and Joe the Plumber. Fourteen years ago, then-Senator Obama was making an argument for a more efficient, more effective government – specifically citing city government agencies that he didn’t think were working effectively.”

The world is burning, Obama is fiddling, and the “mainstream media”, more appropriately described as the “progressive” Party Pravda, is focused on attacking and smearing the GOP candidate on behalf of the “progressive” in the White House.

Is this what America wants?