AWESOME: Veterans Tear Down Obama’s Barricades At Memorials And Take Them To The White House

Ted Cruz, Mike Lee, and Sarah Palin joined veterans at a protest that defied the Obama regime by taking the barricades — that he’s using to punish the American people — to the White House[1]. 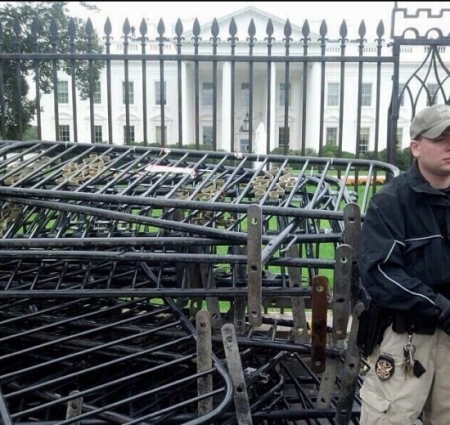 The lawmakers and the former governor — and 2008 GOP vice-presidential nominee — joined a crowd that removed barricades at the memorial and chanted “tear down these walls,” according to Washington, D.C., radio station WTOP.

Cruz told the crowd that President Obama is using military veterans as “pawns” to draw support for his argument in the budget impasse, which has resulted in the two-week closure of the federal government and the memorial.

If the GOP leadership Republicans had half a brain, every single one of them would have been at this protest. It would have let the grassroots know they were standing with them, it would have focused more attention on Obama’s abuse of veterans, and they could have used the opportunity to remind Americans that the GOP voted for a bill to open the Memorials while Democrats want them closed. These are the PR moves you have to engage in when the other side owns the media. But unfortunately, Republicans apparently don’t think strategy or being able to communicate are important traits for leaders to have; so Ted Cruz, Mike Lee, and Sarah Palin had to do the work John Boehner, Mitch McConnell, and the rest of the charisma-free, cave-in squad doesn’t want to do. If they spent a little less time trying to figure out how to surrender and a little more time trying to win, it would probably shock them how much better off the Republican Party would be. 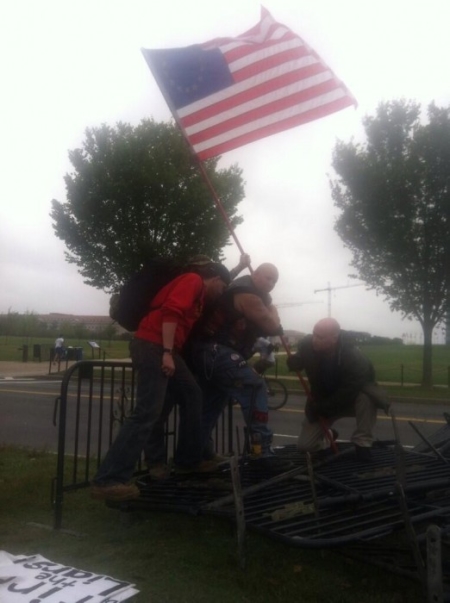