Barack Obama: Americans must eat less steaks because it contributes to global warming

Former President Barack Obama wants to warn you that you’re eating too much meat and that’s contributing to global warming. Er, climate change. Yeah, that’s what we’re calling it now.

So, according to some study somewhere, cow flatulence is contributing to climate change, but killing them and eating them is also contributing.

Is there anything that DOESN’T make the planet hot? 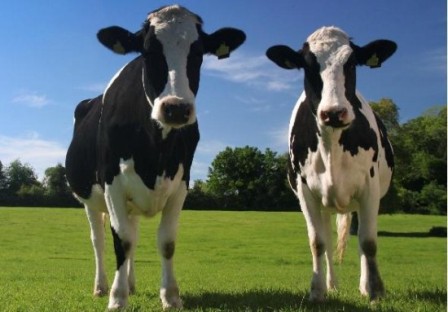 “People aren’t as familiar with the impact of cows and methane,” Obama said, “as people want to increase more meat consumption, that in turn is spiking the growth of greenhouse emissions coming out of the agricultural sectors.”

Despite his preaching, Obama’s personal chef interjected that the President himself wasn’t exactly a vegetarian.

During the conversation, Obama argued with Kass about how many steaks he had cooked him.

Kass said that he probably cooked “thousands of steaks” for the president, but Obama interrupted.

“I don’t think, thousands,” he protested.

“Well hundreds maybe,” Kass backtracked. “I’ve been cooking for you for 10 years.”

“What is true is that I’m not a vegetarian,” Obama admitted, adding that he “respected vegetarians” but continued to eat meat.

So, I assume that Obama will immediately cease eating steak and instead replace it with nothing but kale and sadness, which is what I imagine is the classic vegetarian diet. Alternately, he could just admit that climate change is total crap and a way to control be behavior of people who live in fear of things they can’t see.

I prefer the latter option, but of course that’s because I actually use my God-given abilities of reason and discernment to decide what is actually of serious concern and what is totally made up.

Meanwhile, barbecue season is fast approaching and I’m feeling like splurging on steak this year. Let’s be honest, we didn’t make it to the top of the food chain by eating lettuce.