Remember President Obama’s illegal alien Aunt Onyango? She was living in public housing in Boston until she passed away last week. The president skipped her funeral so that he could play golf, which was clearly much more important. 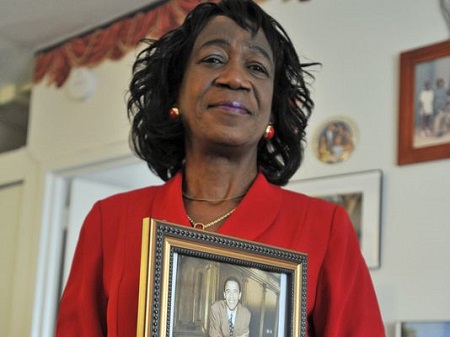 After Zeituni Onyango, the woman President Obama once called Auntie, died in a South Boston nursing home this month, her closest relatives gathered her belongings at her nearby apartment. There, framed photographs of her with the president covered the wall.

Weeping before a polished wood coffin at her wake this past Saturday, they described Ms. Onyango, the half sister of the president’s father, as “the spirit of the Obama family” and talked about raising money to send her body back to Kenya. Mr. Obama helped pay funeral expenses and sent a condolence note, Ms. Onyango’s family members said, but the president did not attend, as he was golfing.

Obama has played a weekly game of golf throughout his entire presidency, and something like the pesky funeral of a family member wasn’t about to get in the way. After all, he already milked her for all the publicity she was worth — what did she matter to him now?

Also see: ‘Squatters’ took over soldiers home after he was deployed; outrageous law lets them stay!