Bill Maher: Obama’s Deceitfulness Was ‘Within the Normal Parameters’ – But Not Trumps?! [VIDEO]

The hypocrisy is strong[1] with this one. And thick. Uber vile asshat Bill Maher once again outdid himself on his show on HBO stating that blatant lies from Barack Obama fell “within the normal parameters” while President Trump’s contradictory and sometimes exaggerated statements don’t. I would call it moral relativism, except there’s nothing moral about Maher. Grover Norquist (who I don’t trust because of his Islamic ties) called Maher out on it by stating that Obama claimed over and over that he would not raise taxes on those who earned less than $250,000. That whopper lasted a grand total of 16 days before he did indeed raise said taxes. I’m beginning to think that lying is a prerequisite to being a leftist.

Lying is evidently relative to Bill Maher as well: “Okay, but that’s within the normal parameters of what politicians do. Saying you see 3 million people that don’t exist is not.” Does he even realize the sheer bull crap that he utters? Or does he just think his viewers are too dense to get it? We can and have had a country that is ruled by what a president believes… just look at what Barack Obama did to this country with his Marxist policies. 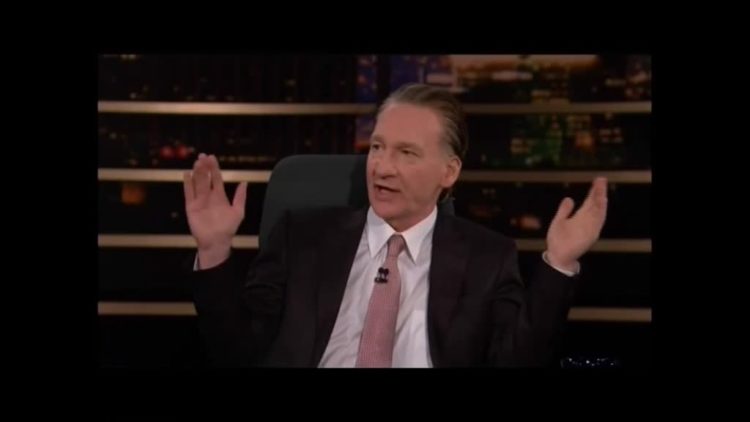 On Friday’s broadcast of HBO’s “Real Time,” host Bill Maher stated that untrue statements by President Obama were “within the normal parameters” while President Trump’s aren’t.

Maher began by saying, “We just can’t have a country ruled by what the president believes.”

Later on, Americans for Tax Reform President Grover Norquist stated, “Obama said, repeatedly on the campaign, not once in a tweet, but again and again and again in speeches, that he was never going to raise taxes on anyone who earned less than $250,000 a year. That lasted 16 days, before he did.”

Maher responded, “Okay, but that’s within the normal parameters of what politicians do. Saying you see 3 million people that don’t exist is not.”

Maher did a monologue that went on and on about how chaotic Trump’s first week was. Let me tell you something… I was not a fan of Trump during the campaign, but he has earned my respect. The man got far more done in one week than Obama accomplished in eight years. And his actions actually benefited the nation, they didn’t hurt us the way Obama’s did. So, Maher can get stuffed.

I have a rule of thumb… any whack job that talks about the size of male appendages the way Maher does is lacking in the extreme upstairs and in the soul department. Maher is obsessed with sex, drugs and anything perverse. Consider the source. These idiots are still focused on the size of the crowd at the Inauguration. They are so dense they don’t realize that is a red herring that Trump threw out there to distract them while he got down to the business at hand. If Maher wants to know who is really the moron here, just find the nearest mirror. It will tell him all he needs to know and more.