Bizarrely, the Obama Admin Refuses to Prosecute This Group of Owners

Obama likes to talk a big game when it comes to ending gun violence. But when his administration gets the chance to actually get guns off the streets, they strangely decide not to do anything. 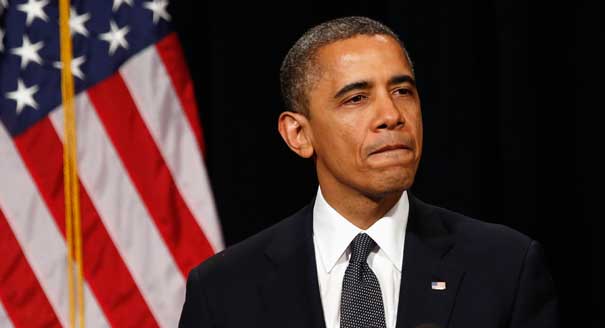 The administration has overseen a striking drop in prosecutions of gun crimes, winning only about 6,000 convictions in 2015 — down more than 15 percent from five years ago, and giving added weight to claims by gun rights groups that President Obama has failed to enforce the laws already on the books.

As a series of high-profile mass shootings has drawn attention to the issue, Mr. Obama has pushed for ever-stricter gun laws prohibiting sales of some firearms and paraphernalia, and more controls on whom they can be sold to.

But the push comes as his lawyers at the Justice Department are winning fewer cases using the laws already passed to ban criminals from buying or owning firearms, according to data compiled by the Transactional Records Access Clearinghouse at Syracuse University.

Part of the reason is prosecutors are simply bringing fewer cases.

Of the two most common federal gun offenses — illegally selling a firearm or using one in connection with another crime — the number of cases dropped from 11,067 in 2004 to 8,078 in 2014, according to data kept by federal prosecutors. The figure ticked up in 2015, to 8,528, hinting that a rise in convictions could also be on the horizon.

Well gee — it couldn’t be that Obama’s not actually trying to stop gun violence, is it? Maybe his real goal is just to infringe on our constitutional rights by stealing our guns, and he doesn’t care one bit about gun violence at all.