Barack Obama blatantly abused[1] intelligence gathering while in office and weaponized our intelligence agencies not only against President Trump and his campaign team, but against many Americans. Obama employed police state tactics to gather intel against the Republicans. That’s why he loosened the rules protecting identities of Americans formerly protected from the government and the media.

Obama and his goons were found in direct violation of intelligence rules all the way back in 2011. They pinky-swore they would fix the ‘problem’, but of course, they never did. They amplified their violation of Americans’ privacy under the Fourth Amendment. Obama launched a massive domestic spy-campaign against Trump officials and it is just now coming to light… not that you would hear about it via most of the leftist media. The NSA was one of the biggest culprits here, routinely violating the rights of Americans during their spying endeavors. Just shameful. 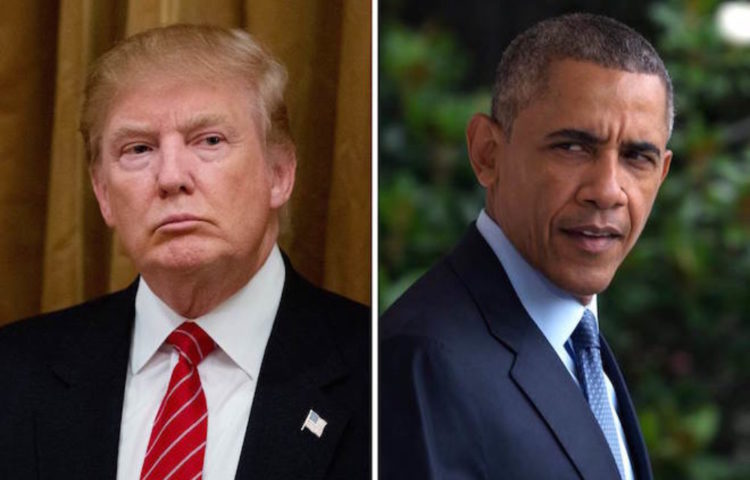 New revelations have surfaced that the Obama administration abused intelligence during the election by launching a massive domestic spy campaign that included snooping on Trump officials.

The irony is mind-boggling: Targeting political opposition is long a technique of police states like Russia, which Team Obama has loudly condemned for allegedly using its own intelligence agencies to hack into our election.

The revelations, as well as testimony this week from former Obama intel officials, show the extent to which the Obama administration politicized and weaponized intelligence against Americans.

Thanks to Circa News[4], we now know the National Security Agency under President Barack Obama routinely violated privacy protections while snooping through foreign intercepts involving US citizens — and failed to disclose the breaches, prompting the Foreign Intelligence Surveillance Court a month before the election to rebuke administration officials.

The story concerns what’s known as “upstream” data collection under Section 702 of the Foreign Intelligence Surveillance Act, under which the NSA looks at the content of electronic communication. Upstream refers to intel scooped up about third parties: Person A sends Person B an email mentioning Person C. Though Person C isn’t a party to the email, his information will be scooped up and potentially used by the NSA.

Further, the number of NSA data searches about Americans mushroomed after Obama loosened rules for protecting such identities from government officials and thus the reporters they talk to.

The FISA court called it a “very serious Fourth Amendment issue” that NSA analysts — in violation of a 2011 rule change prohibiting officials from searching Americans’ information without a warrant — “had been conducting such queries in violation of that prohibition, with much greater frequency than had been previously disclosed to the Court.” And I contend, when it is all said and done, that it was even far worse than this. These searches were done against a number of individuals in the Trump administration. It was so egregious that the ACLU even condemned it.

The Russian dossier snafu was also bogus and the intel guys knew it when they aired it. Under congressional questioning last week, Obama’s CIA chief John Brennan said the dossier did not “in any way” factor into the agency’s assessment that Russia interfered in the election. Why not? Because as Obama intel czar James Clapper earlier testified, “We could not corroborate the sourcing.” They knew it was a plant and went with it anyway. So, now you have both the NSA and the CIA weaponizing intel and going after Trump.

Remember, John Brennan isn’t just a Democrat. He’s a radical leftist who in 1980 — during the height of the Cold War — voted for a Communist Party candidate for president. And what he has done with Obama is use communist tactics, reminiscent of Soviet Russia, to try and destroy a Republican President and instill a leftist coup. Treason anyone? 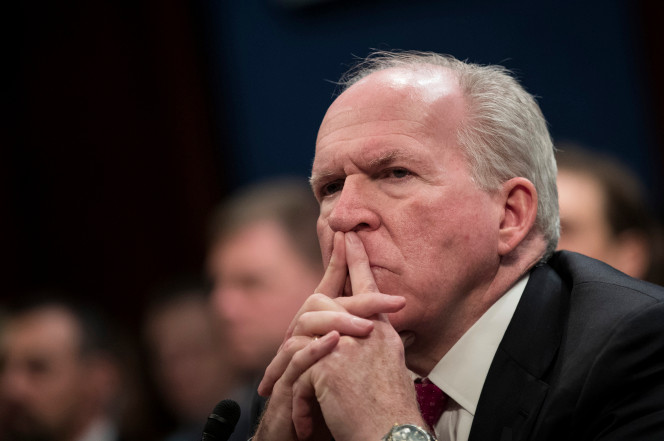