I’m no fan of Donald Trump or Newt Gingrich[1], but right is right and Gingrich nailed this one. Obama called Newt Gingrich ‘repugnant’ for saying anyone who believes in Sharia law should be deported because their views and culture do not integrate into ours. Gingrich is absolutely correct. He’s also dead on when he says that Obama has had 8 years to fight and defeat the likes of ISIS and has done virtually nothing on that front. We have seen so many die monstrously at the hands of the Jihadists and Obama won’t profile, deport or even condemn them. Now, that’s what I call repugnant. Sharia law is political and a legal construct… it is not a strictly religious one. It is part of a theocracy and in America, we don’t do theocracies. 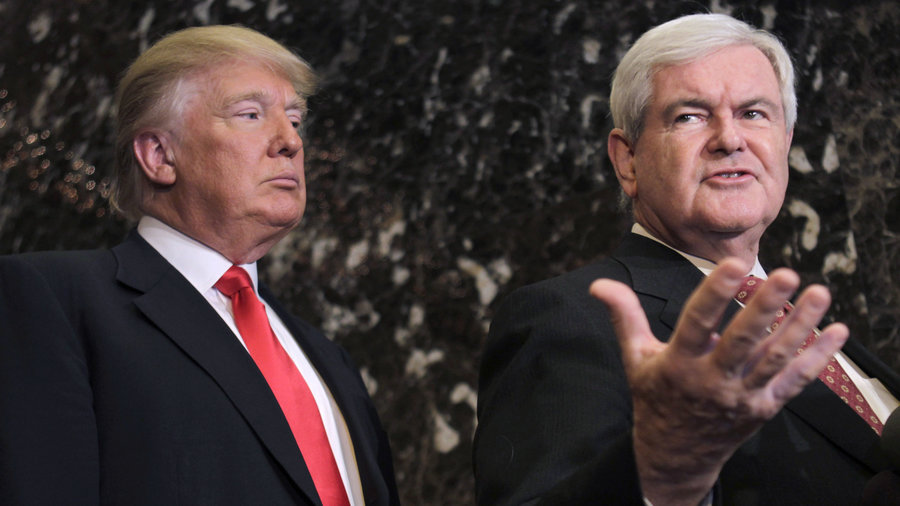 Newt Gingrich said on Friday that Barack Obama was disqualified from criticizing him about ISIS because the president has had eight years of “failure” in his attempt to defeat ISIS.

Using his Twitter account, Gingrich said, “Obama’s attack on me would be more impressive if he had ANY plan to defeat Islamic supremacist. 8 years of failure disqualify him as a critic.”

Constitutionally, deporting anyone who believes in Sharia law will be a tricky path at best. It will be interesting to see what Trump and Gingrich will do if elected. Sharia-compliant Muslims are a threat to the nation, so there should be a way to do it. And there will definitely have to be profiling – it is long overdue. Obama had this to say: “In the wake of last night’s attacks, we’ve heard more suggestions that all Muslims in America be targeted, tested for their beliefs, some deported or jailed,” Obama said in remarks from the White House. “And the very suggestion is repugnant and an affront to everything that we stand for as Americans.” Gingrich’s original comments came on Thursday night during an interview on Fox News, hours after a truck rampaged through a Bastille Day celebration in Nice. “Let me be as blunt and direct as I can be: Western civilization is in a war. We should frankly test every person here who is of a Muslim background, and if they believe in Sharia, they should be deported,” Gingrich said in an interview with Fox News’ Sean Hannity. “Sharia is incompatible with Western civilization. Modern Muslims who have given up Sharia, glad to have them as citizens. Perfectly happy to have them next door.” Here’s the deal… if you are an American citizen and a Muslim, you need to follow our laws and our form of government. You cannot serve two masters. You cannot follow constitutional law and abide by Sharia law. Muslims must choose and if they choose Sharia, they should go to a different country.