BOOM! US Military Tells Obama EXACTLY How They Feel About Him – No Mercy!

It sucks when you’re the big boss and your employees don’t like you.

It sucks far more when you are the President and those “employees” are military members. 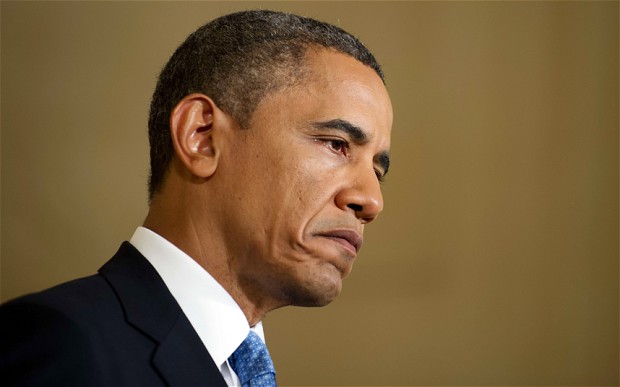 A new poll reveals[2] that more than half of all service members hold an unfavorable opinion of their Commander-in-Chief.[3]

The poll showed that service members voted for change, with nearly 49 percent of those who voted in the November election supporting President-elect Donald Trump[4] and only 29 percent supporting Democrat Hillary Clinton.

The poll found 52.1 percent of enlisted personnel disapproved of the Obama era. Officers were split, with 48 percent looking at Obama unfavorably and 44 percent supporting the departing president.

Breaking the results down by branches of service, Marines liked Obama the least, with 60 percent viewing his time as unfavorable. The most positive score came from the Navy, whose members gave Obama a 43.4 percent favorable rating.

The poll showed that service members believe Obama has made the country less safe.

One commentator said Obama was never fully at home as the leader of the America’s fighting women and men.

Well, that is certainly telling, isn’t it? Hopefully Trump will build our military back up and keep them happy.