BREAKING: CHAOS Breaks Out As Obama Lands On Chinese Soil!

Obama and his minions[1] arrived in China today and it was to say the very least, testy. The star of this drama was National Security Adviser Susan Rice. She evidently crossed a media rope line and the Chinese proceeded to get very defensive and started screaming at her and others. The Chinese security official tried to stop Rice from walking to the motorcade and things got very heated. A Secret Service agent got between Rice and the official and tried to diffuse the confrontation. So much for diplomacy.

Rice responded to the official, but reporters couldn’t hear what she said. The official may have thought she was a reporter and not the National Security Adviser. The same official shouted at a White House press aide who was instructing foreign reporters on where to stand as they recorded Obama disembarking from the plane. 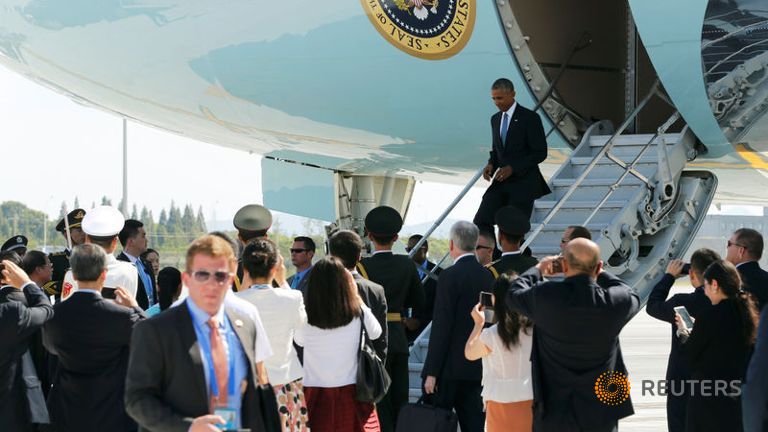 A Chinese official on Saturday got into a tarmac confrontation with President Obama’s national security advisor and the Secret Service as U.S. arrived at the Group of 20 Nations summit.

The Chinese security official confronted Susan Rice and attempted to prevent her from walking to the motorcade after she crossed the media rope line, Reuters[4] reported.

A Secret Service agent got between Rice and the Chinese official to try to diffuse the situation.

As for Obama, he received the smallest bouquet of flowers of any official attending the G20. The flowers were delivered by the lowest of officials as well. While other officials had a grand, lighted staircase, Obama was forced to disembark using stairs from the belly of Air Force One. Something almost never done. The disrespect and tension was palpable.

“This is our country. This is our airport,” the official said in English, pointing and speaking angrily with the aide. The U.S. aide insisted that the journalists be allowed to stand behind a rope line, and they were able to record the interaction and Obama’s arrival uninterrupted, typical practice for U.S. press traveling with the president.

Obama did not get to see any of this, but the overall treatment of Americans is just insulting. This is what happens when you have an uber enemy who no longer respects your military strength or your leader. The Chinese despise weakness and it shows.

The incident is an illustration of the image-conscious ruling Communist Party’s efforts to control the media as it seeks to orchestrate what it hopes will be a flawless event. The Chinese rulers are clamping down more and more as they prepare for war with us.

One last note… China is blocking access to many American sites now and these are the leaders that Obama is handing control of the Internet to… along with the Russians, both deadly enemies of the US. Yeah, this ought to work out so well. Not. 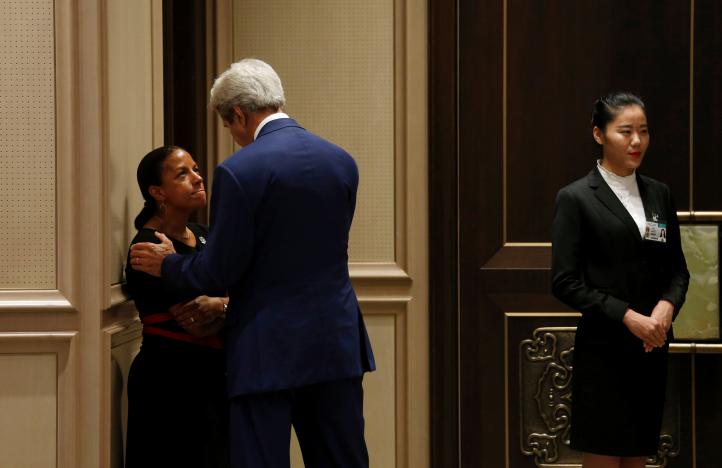