**BREAKING** OBAMA Just Made THIS Announcement – At The Cost Of Cop Lives!

This is just nuts[1], if not downright evil. Obama wants to arm our police with so-called “smart guns,” that can only be fired by their owner. Which is a fallacy in itself. Obama is determined to make this a reality and is really pushing for it. He plans to announce his push for this idiocy today sometime. What if these officer’s are in a shootout and their gun jams? In an emergency, they won’t be able to use their partner’s gun or anyone else’s. It’s a recipe to get them killed. Obama knows it and doesn’t care. What’s a few more dead cops to him? This is just one more way to give the bad guys the upper hand. 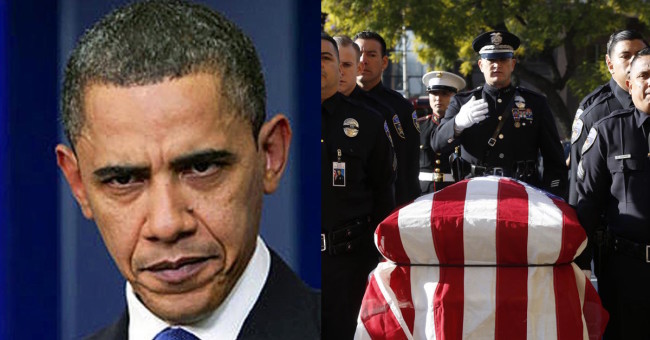 So-called “smart guns,” which can only be fired by their owner, are an unproven fantasy of gun control nuts that could be rendered useless in an emergency. So, why not test them by making police officers use them?

That’s the Obama administration’s[3] logic, anyway. According to Politico[4], pushing for “smart guns” for police officers across the nation will be one of President Barack Obama’s priorities for his final year in office.

Obama plans to announce the push as early as Friday, as part of a series of findings from the Defense, Justice and Homeland Security Departments on the matter of smart guns.

As the Conservative Tribune points out: “Let’s also point out that the most feasible method to implement such a smart “lock” on a gun would be a fingerprint ID system, much like the type that’s on your iPhone. Have you ever noticed how well that works when your fingers are sweaty or wet? And what happens when you’re in danger?” Good point. Seconds count when someone is about to blow your head off. As I said, Obama only cares about the guns. Dead officers are just collateral damage to him. “Police officers in general, federal officers in particular, shouldn’t be asked to be the guinea pigs in evaluating a firearm that nobody’s even seen yet,” James Pasco, executive director of the Fraternal Order of Police, told Politico. “We have some very, very serious questions. I have never heard a single member say, ‘What we need are guns that only we can fire,’” Pasco said of the 330,000 members of his union. Obama only cares about his political agenda. He’s quite willing to put police officers’ lives on the line to further his Marxist legacy. 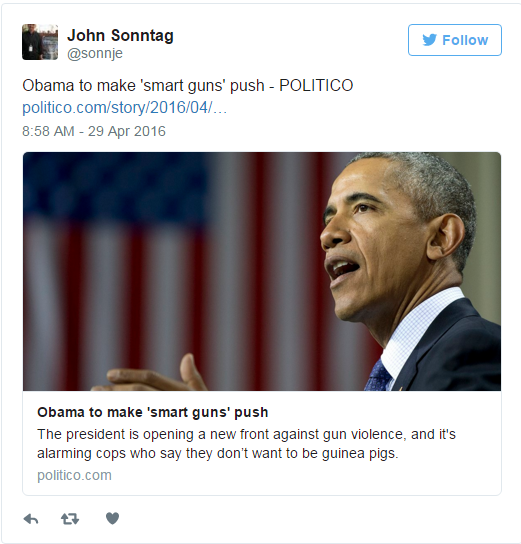 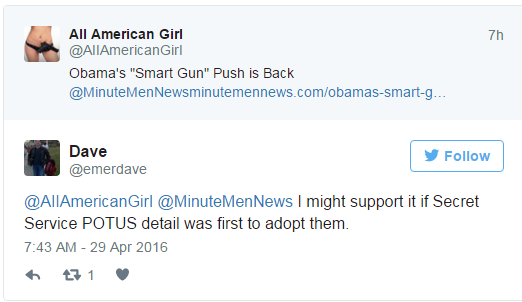