In news that outraged the nation, Barack Obama decided to commute the sentence of convicted traitor Bradley Manning, who now calls himself Chelsea. Manning will be released in May of 2017, a whopping 29 years early. But the big question is, why is Obama doing this[1]? 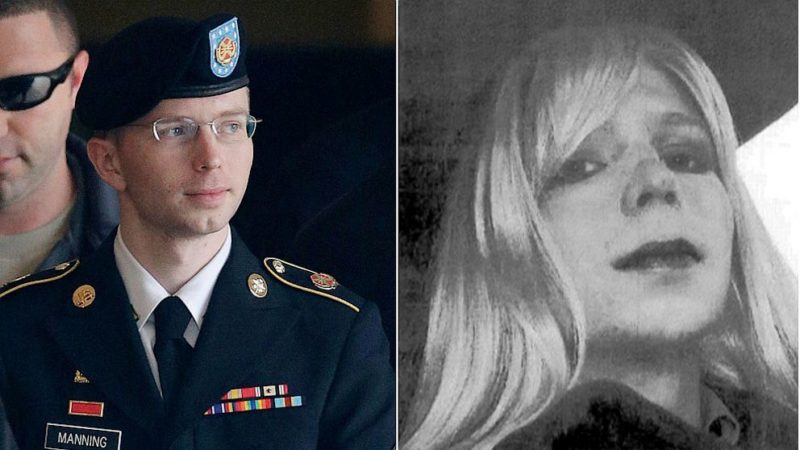 Manning was convicted in 2013 of releasing hundreds of thousands of documents to WikiLeaks, many of which were classified and put American lives at risk. Yet Obama still chose to commute Manning’s sentence, despite the gravity of his crimes. And now, Press Secretary Josh Earnest has the unhappy task of trying to defend Obama’s actions.

“Chelsea Manning is somebody who went through the military criminal justice process, was exposed to due process, was found guilty, was sentenced for her crimes, and she acknowledged wrongdoing,” Earnest said. “Mr. Snowden fled into the arms of an adversary, and has sought refuge in a country that most recently made a concerted effort to undermine confidence in our democracy.”

Earnest also tried to claim that it was “outrageous” for Republicans to be angered by Manning’s early release and Obama’s decision was all in his effort to make sure that “justice” was served. “The thing that I think is outrageous is for Republicans to say is that somehow Chelsea Manning deserves a more serious punishment because of her collusion with WikiLeaks and its damage to the country when they endorsed a man for president of the United States who praised WikiLeaks, who encouraged people to go and check out WikiLeaks and who encouraged WikiLeaks to collude with the Russians to hack his opponent,” Earnest said. “It is outrageous for them to suggest that right now what Chelsea Manning did is worse than what the man who they endorsed for president did.”

And Republicans have, indeed, slammed Obama. In a statement, House Speaker Paul Ryan said, “Chelsea Manning’s treachery put American lives at risk and exposed some of our nation’s most sensitive secrets. President Obama now leaves in place a dangerous precedent that those who compromise our national security won’t be held accountable for their crimes.” John McCain and Marco Rubio said the decision was a “grave mistake” and “shameful.” But Earnest is too busy attacking Republicans to actually defend Obama.

“The argument that they make against Chelsea Manning and the president’s decision to commute her sentence requires the American people to willfully ignore those comments from the president elect, the man that they endorsed,” he said. “I’m tempted to say that this is an astonishing display of intellectual dishonesty from Congressional Republicans but it’s actually just par for the course for them.”

Just one more way Obama is giving the United States the middle finger on his way out the door.