BREAKING: Obama Returning To Campaign Trail – To Save Democrats

After the spectacular loss of Jon Ossoff in Georgia, Democrats are in panic mode, bringing out everything they’ve got to stem the losses they’ve been facing since 2014. 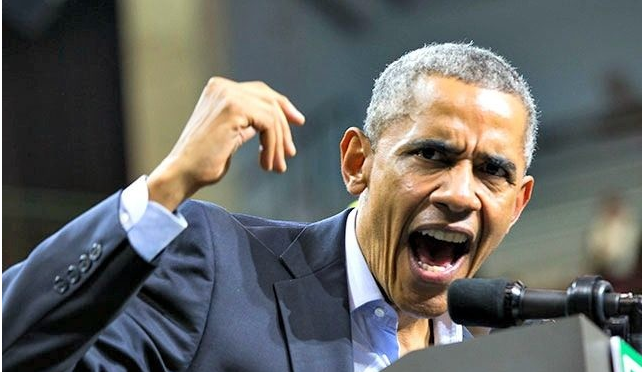 According to a report in the Huffington Post[2], Obama is going to begin campaigning for Virginia Lt. Gov. Ralph Northam. Apparently Dems are completely lost without the charisma and likability of Obama, because the rest of them just sound like screeching banshees that just stepped on a Lego.

Of course, it is going to be easy for the two of them to agree on a message and a tone, because they both seem to have a shared hatred for President Trump.

“I’ve been listening carefully to Donald Trump, and I think he’s a narcissistic maniac,” Northam stated during the primaries.

Northam has an 8 point lead over Republican nominee Ed Gillespie, who nearly lost the primary to opponent Corey Stewart.

The fact that Dems are so afraid that they are going to have a Georgia-style defeat in Virginia tells you everything you need to know. They realize that they are on the downside of their party’s popularity and are bringing out the big guns. Turns out spending $30M to lose an important seat isn’t sitting well with them.

I’m looking forward to Obama attempting to help his party. That might sound weird, but hear me out: It screams desperation. It reeks of a party that is currently on its death bed and is doing everything it can to survive.

Sure, Republicans have our own problems and sure we have a lot that we can fix or do better, but there’s nothing wrong with watching Democrats run around like chickens with their heads cut off, trying to garner votes.

It warms my little black heart all the way to the core.