BREAKING: RUSSIAN PUPPET In US Revealed – Democrats Will CRY!

Democrats have been making accusations against Donald Trump and his team, claiming that they have been working with the Russian government and therefore, Russians will be infiltrating our government. It turns out, Democrats got it partly true — only now, some evidence has been found to show that the Russian stooge is one of their own[1]. 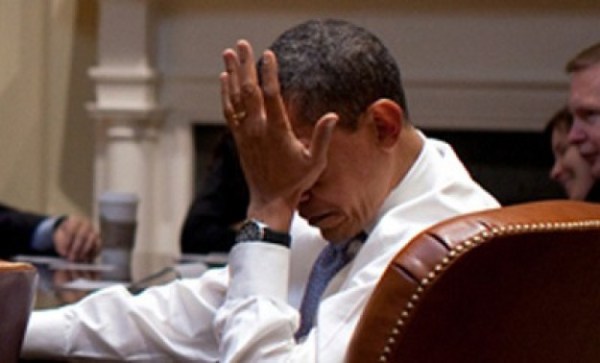 Rich Lowry made the case in the “New York Post,” writing that “circumstantial evidence is mounting that the Kremlin succeeded in infiltrating the U.S. government at the highest levels.” But it was during the Obama administration, not the Trump administration.

“He re-set with Russia shortly after its clash with Georgia in 2008,” Lowry wrote. “He concluded the New START agreement with Moscow that reduced our nuclear forces but not theirs. When candidate Mitt Romney warned about Russia in the 2012 campaign, Obama rejected him as a Cold War relic. The president then went on to forge an agreement with Russia’s ally Iran to allow it to preserve its nuclear program. During the red-line fiasco, he eagerly grasped a lifeline from Russia at the price of accepting its intervention in Syria. He never budged on giving Ukraine ‘lethal’ weapons to defend itself from Russian attack.”

“Finally, Obama cut U.S. defense spending and cracked down on fossil fuels — a policy that Russia welcomes, since its economy is dependent on high oil prices,” he concluded. And what have Obama’s actions wrought?

“The cost of Obama’s orientation toward Russia became clearer over the last two weeks. When he pulled up short from enforcing his red line, an agreement with the Russians to remove Bashar Assad’s chemical weapons became the fig leaf to cover his retreat,” Lowry explained. “Even if Obama eventually got tougher on Russia — imposing sanctions after the Ukraine invasion and sending contingents of U.S. troops to countries near Russia — he never entirely shed his reflex toward accommodation.”

So, how is it that, considering all of this information, Democrats can really point the finger towards Donald Trump and his campaign team? If they’re really so concerned with Russia, then it’s their own glorious leader that they should be questioning. Trump is called a puppet of the Kremlin, but he’s the one who struck back at Vladimir Putin’s ally in the Middle East, Syria; Obama, meanwhile, consistently looked the other way when Russia and its allies acted out.