Ted Cruz delivers a smack down to Dana Bash when she attempts to paint Obama and himself with the same brush. Despite her best efforts to make Cruz look less than, she fails miserably. From IJReview[1]: 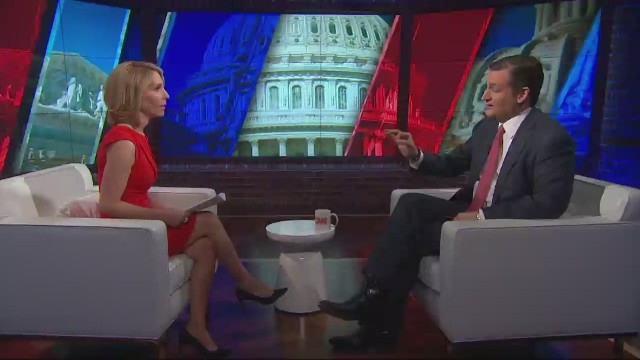 In an interview with CNN’s Dana Bash, Sen. Ted Cruz (R-TX) fired back at claims that he lacks sufficient experience to be Commander-in-Chief.

Bash attempted to draw comparisons between Cruz and 2008 presidential candidate Barack Obama, but the Texas Republican was having none of it, saying:

Cruz continued to point out the stark contrasts between himself and then-candidate Obama:

“‘Unlike Barack Obama, I was not a community organizer before I was elected to the Senate,’ adding, ‘I spent five-and-a-half years as the solicitor general of Texas.

I supervised and led every appeal for the state of Texas in a 4,000-person agency with over 700 lawyers. Over the course of five-and-a-half years, over and over again Texas led the nation defending conservative principles and winning.’”

Cruz announced his candidacy last week, making him the first, high-profile Republican to officially jump into the 2016 race.

Dana bash should really know better than to try to mess with Cruz. He has answers for everything, and takes no crap, from anyone. To even try to compare him with that clown Obama is laughable. Nice try, Dana, but no cigar.