Conservative blogger who just had heart surgery asks for prayers after he loses his insurance, doctor because of Obamacare

Imagine going to the hospital with a “summer cold,” having that turn into an infection that spreads to your heart, losing sight in one eye and surviving the experience by the barest margins after having strokes in your brain. That’s exactly what happened to my friend Jim Hoft from Gateway Pundit[1]. After that terrible break, he’s now being victimized by Obamacare. 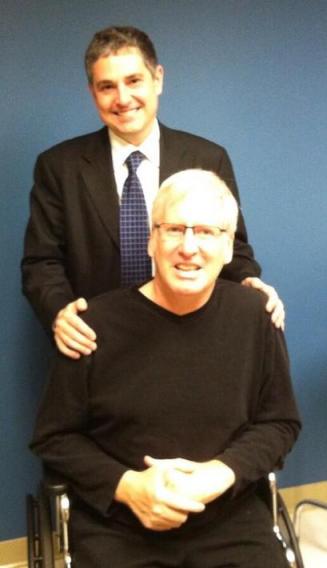 In August 2013 I became very sick with what I thought was a cold. After a few days I lost vision in my left eye and I checked into the hospital. I soon found out that what I thought was a summer cold was actually Strep bacteria poisoning my blood stream. The bacteria blinded my left eye, ate a hole through my heart, caused five strokes on both sides of my brain and forced the removal of my prosthetic left knee.

Dr. Lee was the surgeon assigned to perform open heart surgery. What was originally scheduled to last four hours ended up lasting twelve. My heart was severely damaged. Dr. Lee later told me the surgery was one of the most difficult of his career. He also said I only had a few days to live without the surgery.

Thanks to the excellent insurance I carried I was able to receive life-saving medical treatment at St. Louis University.

This week I found out I am going to lose my insurance. The company that carried me is leaving the Missouri market. I will have to find something else.

I am one of the millions who will be looking for new insurance. God willing, I will be able to keep my doctors at St. Louis University. I trust them. They saved my life. Please pray for me and the millions of working Americans who are going through this same ordeal.

Why is our government doing this to us?

Jim Hoft had health care that was good enough to save his life under extremely difficult circumstances and now it’s gone because of Barack Obama. Given that Jim’s case is so complicated, being able to see the same doctor who handled his open heart surgery could end up being a life and death matter for him if he needs another operation. So, he’s losing his insurance and he could be losing his surgeon and his life and Democrats don’t care that they did this to him. How can they be so cruel?