Rep. Darrell Issa isn’t exactly a shrinking violet, but these are strong words[1], even for him. 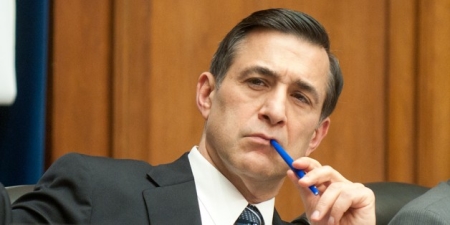 The IRS agents in Cincinnati who were involved in the targeting of conservative groups were “being directly ordered from Washington,” Rep. Darrell Issa, R-Calif., said Sunday.

Issa, who is heading the House investigation into the affair, accused the White House of lying about the involvement of IRS headquarter officials in the scandal.

“The administration is still – their paid liar, their spokesperson, picture behind – he’s (Carney) still making up things about what happens and calling this local rogue,” Issa said on CNN’s “State of the Union.”

“The reason that Lois Lerner tried to take the Fifth [Amendment when called to testify before Congress] is not because there’s a rogue in Cincinnati,” Issa added. “It’s because this is a problem that was coordinated in all likelihood right out of Washington headquarters And we’re getting to proving it.

“The administration is still trying to say there’s a few rogue agents in Cincinnati, when in fact the indication is they were directly being ordered from Washington,” he said.

This is a clearly a wide ranging scandal that goes far beyond a few low-level agents in Cincinnati. At a minimum, conservative groups were politically targeted and someone ordered them to do it. Additionally, we also know that the IRS has been lying about this scandal and that the White House was aware of this scandal in mid-2012.

The big questions now are how high up the food chain did the orders to target conservative groups come from, was Obama involved in giving those orders or covering them up and how big of a cover-up is going on here?

The answers to those questions could determine whether Obama should be impeached or not.