When even congressional Democrats move beyond blindly flacking for the Obama administration to talking about a special prosecutor[1], it’s a sign that it’s a big league scandal. 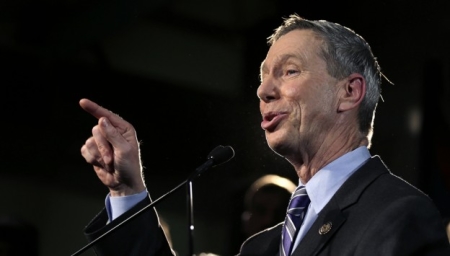 “If this committee is prevented by obstruction or refusal to answer the questions that we need to get to the bottom of this, you will leave us no alternative but to ask for the appointment of a special prosecutor or appointment of special council to get to the bottom of this,” Lynch said as Lerner and former IRS chief Doug Shulman sat silent. “This is a very serious matter. We would like to handle it in this committee. But I watched the last hearing where the IRS had no names and no direction… and basically stonewalled the committee. That can’t continue. I hope that’s not the approach of the IRS going forward because there will be hell to pay if that’s the route we choose to go down.”

Incidentally, by starting to answer questions, Lois Lerner waved her right to plead the 5th and Darrell Issa is going to bring her back before the committee to answer questions. That seems appropriate, especially since when you have IRS employees pleading the 5th, it suggests that not only was what they were doing indefensible, but they were breaking the law as well.

PS: The next time the IRS employees say you screwed something up, try telling them that you’re not providing any more information, plead the 5th Amendment and see if they leave you alone. I’m guessing that won’t be very successful; yet Lois Lerner thinks she should be allowed to do exactly that when the IRS gets in trouble. How disgraceful.