George W. Bush has been content to stay out of the spotlight and let Obama take shots at him, but Dick Cheney hasn’t been as willing to be a punching bag. He has even fired back at the Obama gang a few times and he had this to say about Benghazi on the Sean Hannity show[1]. 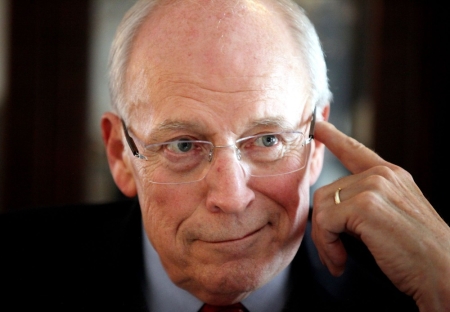 Last week, former Vice President Dick Cheney was advising the Republican Party to subpoena Hillary Clinton “if necessary” to get all of the answers they are looking for about the attack on the U.S. consulate in Benghazi. Tonight, he shared more of his thoughts on the matter with Sean Hannity, via phone, on Fox News, calling it “one of the worst incidents, frankly, that I can recall in my career.”

“If they told the truth about Benghazi,” Cheney elaborated, “that it was a terrorist attack by an Al Qaeda-affiliated group, it would have destroyed the false image and confidence that was the basis of his campaign for re-election. They lied.” He added, “The administration either had no forces ready to respond to an attack, which should have been anticipated on the anniversary of 9/11, or they refused to deploy them when our people asked for them.”

Zeroing in on the “cover-up” aspect of the story, Cheney said, “they tried to cover it up by constructing a false story, claiming there was confusion about what happened in the Benghazi compound. There was no confusion.” He added, “the cover-up included several officials up to and including President Obama and the cover-up is still ongoing.”

Cheney questioned why the consulate was not better protected and compared the procedure that he saw to what he and President Bush had in place in years prior. “Especially after 9/11, we were always there, locked and loaded, ready to go on 9/11. We have specially-trained units that practice this thing all the time. They are very good at it and they are chomping at the bit to go.” He asked, “Why weren’t provisions made to have forces within range and just an hour away from Benghazi. Why weren’t they deployed and ready to go to take action in any of those areas in the Middle East or North Africa? It makes no sense.”

Actually, it makes a lot sense. Cheney was a professional whose first duty was to his country. Obama and Hillary are both incompetents who have no idea what they’re doing and only care about politics. People died because of that in Libya just as they did in Mexico and the United States because of Fast and Furious.