DNC Sends Email Freaking Out About Obama Being Impeached

The DNC is freaking out about Republicans impeaching Obama if they have an electoral victory in the 2014 midterms. : Right now, 2014 is looking like a landslide year for Republicans due to Obamacare, which partially explains the panic amongst liberals. : This was detailed in an email[1] titled “impeachment,” which I also received. : Hey, signing up for those lefty newsletters lets you know how these people are thinking. And they’re wildly entertaining, especially the Wendy Davis ones.

What do these people all have in common?,” the email asked, featuring quotes from: Republican Sen. James Inhofe of Oklahoma, Rep. Michele Bachmann of Minnesota, Rep. Kerry Bentivolio of Michigan, and Rep. Blake Farenthold of Texas: discussing the possibility of impeaching Obama for one of his numerous instances of presidential misconduct.

The DNC email discussed the “I-Word” and said that “Republicans are actually excited about the idea.”

“Show these Republicans that they are way, way off-base, and give President Obama a Congress that has his back,” according to the DNC email, noting that Democrats need to win 17 GOP House seats to reclaim a majority.

The DNC, which recently expanded its political tactics to include: boycotting[2]: independent news outlets, previously supported the last president to be impeached: Bill Clinton.

2014 is shaping up to be a very exciting year. : Will the GOP move forward with impeachment? Well, that remains to be seen. Frankly, blocking the remainder of Obama’s agenda, repealing the Affordable Care Act, and stopping the bleeding caused by the president’s new regulations should be the main focus for Republicans if they keep their majority in the House and retake the Senate. 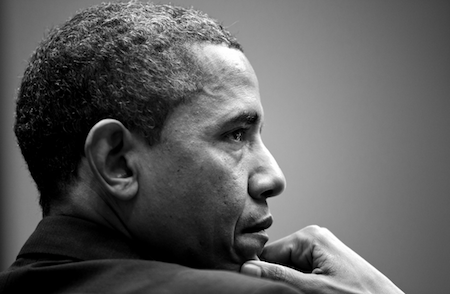 See also:: These People Are The Undisputed Masters Of Firearms Sales[3]