Wow… it simply doesn’t get any dumber than this[1] crap right here. Our so-called national security experts are once again vomiting the propaganda that climate change is a threat to the nation and empowers and provokes terrorists. Clapper is an unadulterated moron. He evidently doesn’t think our biggest existential threat is ISIS, or Iran, or Russia, or China… no it’s the weather. Because if Jihadists get too cranky from the heat or cold, they go on beheading sprees. I hate to break it to this buffoon… they do that just for kicks. It has nothing to do with the weather and everything to do with Allah.

Marie Harf said it was the lack of jobs and opportunities… Attorney General Loretta Lynch has stated that the best means to fight terrorism is with compassion, love and unity… Hillary Clinton has been on record saying we need to empathize with our enemies… and of course Obama says ISIS is not Islamic, even though it is in their very name. It would be easy to write off all of these idiots as just that – fools… but I believe it is more sinister than that. It is tied into demographic politics, wealth, corruption and power. A global warming tax scheme cometh. 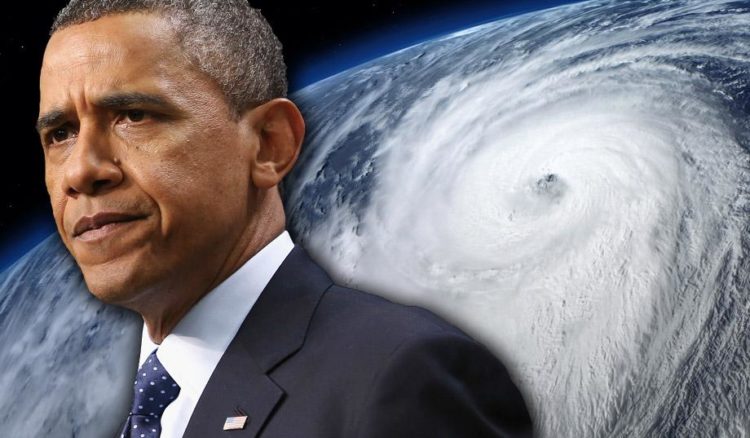 Here’s the latest missive on climate change from America’s national security leaders: You could suppress ISIS and solve Syria, but extremist groups and regional conflicts will keep popping up in an unstable future exacerbated by a warming Earth and extreme weather events.

“I think climate change is going to be an underpinning for a lot of national security issues,” Clapper said. It affects “so many things: the availability of basics like water and food and other resources which are continually going to become matters of conflict, and already are, between and among countries.”

The Pentagon has been getting increasingly serious about preparing for it, warning that warming global temperatures and extreme weather events would act as a “threat multiplier” and foster terrorism. Earlier this year, Deputy Defense Secretary Bob Work ordered the military to adapt current and future operations to address climate change[5].

Obama is admonishing our military that climate change is the biggest national security threat we face. I don’t think our enemies see it that way. Just sayin’.

The only way you can fight the weather is to cease to exist as a species, or what they would rather see is a one-world collective that can be controlled, managed and milked for all it is worth.

We need to fight the Jihadists and wipe them out… not coddle them in climate controlled comfort so they can rape and behead in style. We need a leader who is willing to take on multiple enemies and fight them like he means it and carry out necessary wartime tactics… someone who has a spine and swallows his fear. A warrior battle-tested and war savvy. That would not apply to any of these weather weenies on the Left. 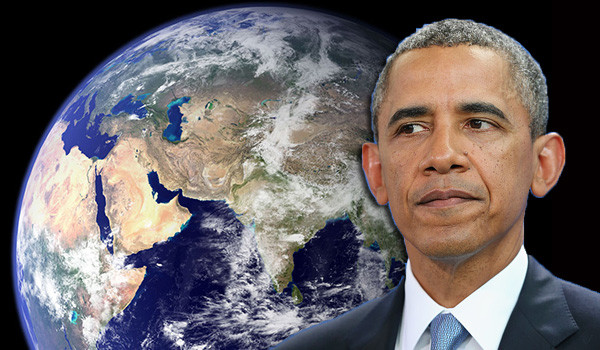