First off[1], I do believe that a massive solar flare is a threat. However, it is not ‘space weather’. That’s just stupid. This planet has seen the effects of a massive solar flare before. It acts like an EMP and has the potential to knock out our power grid and electronics. The solution is to harden our power grid, which would not be that hard to do. It would cost about $2 billion to harden the grid, which is a deal considering the lives and cost that would be realized if we were hit with a solar flare or an EMP.

On Oct. 13th, Obama signed an executive order[2] to battle space weather. In it, he orders our government to prepare for space weather chaos[3]. Give me a freaking break.

Obama directed the creation of a Space Weather Operations, Research and Mitigation Subcommittee to head up an action plan to deal with space weather. Multiple government agencies will now be required to “provide timely and accurate operational space weather forecasts, watches, warnings, alerts and real-time space weather monitoring for the government, civilian and commercial sectors,” “facilitate the protection and restoration of the reliability of the electrical power grid during a presidentially declared grid security emergency associated with a geomagnetic disturbance,” and create copious amounts of programs to study “the Sun and its interactions with Earth.”

As if all the death, doom and destruction headed our way thanks to manmade climate change isn’t enough, President Obama has launched a new effort to control the latest coming apocalypse – space weather.

The issue of deadly “space weather” is so pressing and so perilous to our daily lives, in fact, that it warranted its ownexecutive order[5] straight from the Oval Office. Now, the president who has effectively taken a hatchet to the American energy sector, all but destroyed the fossil fuel industry and spent billions of taxpayer dollars battling “global warming” has decided to try his hand at controlling solar flares, MRC TV is .

The order states, in part:

Extreme space weather events — those that could significantly degrade critical infrastructure — coulddisable large portions of the electrical power grid, resulting in cascading failures that would affect key services such as water supply, healthcare, and transportation.

Space weather has the potential to simultaneously affect and disrupt health and safety across entire continents. Successfully preparing for space weather events is an all-of-nation endeavor that requires partnerships across governments, emergency managers, academia, the media, the insurance industry, non-profits, and the private sector.

This is another way to make money off Americans through taxation for an emergency. And it may also be a thinly veiled preparation for global war, utilizing Star Wars technology. I agree we need to harden the grid and fast before our enemies strike. Obama has weakened our military and country so much, that could be any time now. But this is a military/national security issue… not a weather issue. To play it as such, is obscenely dishonest.

We are $30 trillion in debt. We can’t afford anything anymore. But we certainly can’t afford not to harden our power grid. Under Obama’s plan, the grid won’t get hardened, but he will flush money down the climate hole financing weather agencies. As an added bennie, this paves the way to put every agency at the state level under federal control. Think about that long and hard. At risk in all this incompetence is not only the electrical power grid, but GPS systems, aviation equipment, satellites and other technology that have become integral to human life.

The directive put several federal agencies on notice that they have six months to come up with a sweeping plan to predict and detect these interstellar events, alert the public, protect critical infrastructure and recover from the damage. That includes NASA, which will create a research program to “understand the sun and its interactions with Earth and the solar system.” Putting solar flares aside, if I didn’t know better, I’d say this is a prep for war. 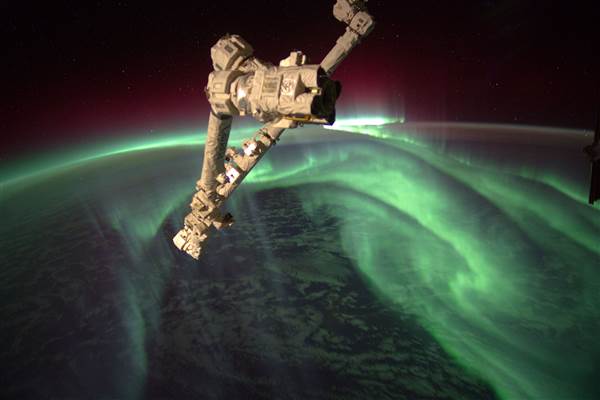