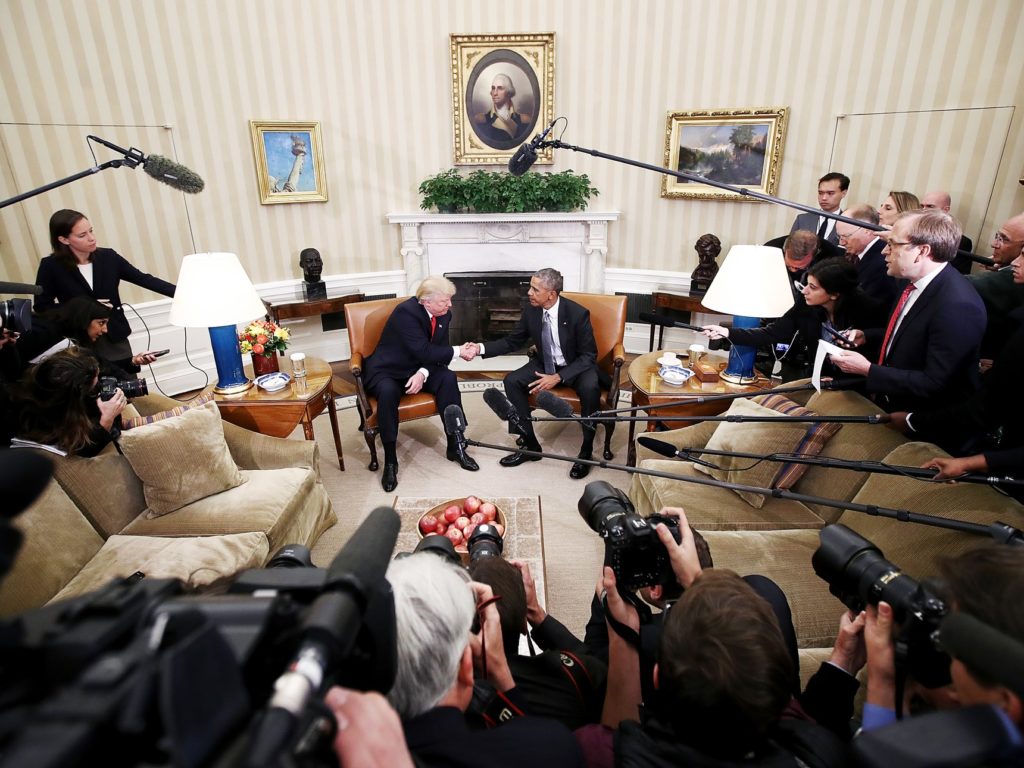 It has been a few days since Donald Trump made the extreme claim that former President, Barack Obama, had his office at Trump Tower wired and tapped. No one is quite sure whether to believe the President who made the bold claim and then never provided any amount of information or evidence that the claim is true.

But the silence has been broken by Obama’s former Secret Service agent who came forth with a theory of his own.

“If Trump is accurate, and he was being wiretapped, I sincerely doubt he walked into the FBI and said, ‘Tell me about me being wiretapped,’” Bongino said in a Facebook Live video over the weekend.

“That’s illogical, ridiculous. He would be causing all sorts of problems for himself,” Bongino said.

Rather, Bongino believes that it was the Secret Service that discovered the supposed Trump Tower wiretaps during a regular electronic countermeasure sweep.

“The Secret Service does ECM sweeps, electronic countermeasures, where they go in frequently and look for listening devices, radio frequencies, all kinds of things to make sure the president or president-elect is not being, in fact, wiretapped or listened in on on specific phone lines,” the former Secret Service agent explained.

Bongino suspects that the Secret Service “may have discovered something” during one of their regular countermeasure sweeps, which was eventually brought to the attention of the president.

Bongino doesn’t expect the media to consider this third option “because they want to find fault with Trump.”

“So their story’s going to be, ‘Did Trump force the FBI to tell him he was being monitored in some kind of an investigation?’” he predicted.

In an effort to ensure the facts come to light, the former Secret Service agent took to Twitter Saturday evening to announce his plans to expose his personal experiences about his time working for the Obama administration.

Terrible! Just found out that Obama had my "wires tapped" in Trump Tower just before the victory. Nothing found. This is McCarthyism!