Obama insulted Romney, speaking to him in patronizing fashion while mocking his stance on defense cuts: “I think Governor Romney maybe hasn’t spent enough time looking at how our military works. You mentioned the navy, for example, and that we have fewer ships 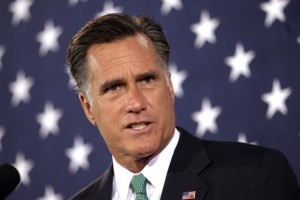 [1]than we did in 1916. Well, governor, we also have fewer horses and bayonets because the nature of our military’s changed.”

Then Obama became truly condescending when he said “There are these things called aircraft carriers where planes land on them. We have these ships that go underwater, nuclear submarines.:  The question is not a game of Battleship, where we’re counting ships, it’s what are our capabilities”.

So Obama apparently believes that Mitt Romney, someone who also graduated from Harvard, who also just happens to have earned both a business and a law degree, doesn’t know what aircraft carriers and submarines are.

In short, Obama’s performance was crude and un-presidential.

Not unusual for the narcissist in chief, the words “I”, “me” and “mine” seemed to come out of his mouth every four or five seconds.

Despite numerous assertions by the likes of MSNBC’s Chris Matthews and other card carrying members of the “progressive” Party Pravda, the night was won by Romney when Obama, instead of offering viable answers to serious questions posed by Moderator Bob Schieffer, angrily attacked Romney with red herring arguments.:  To which Romney replied: “Attacking me is not an agenda”.

That moment laid waste to the entire Obama re-election strategy, which was to attack Romney with viscous smears and repeated false accusations in hopes the damage inflicted would set Romney so far back in the polls he could never recover.

Unfortunately for “the smartest man in the world” and his hatchet wielding political henchmen, the strategy has completely backfired.:  Going into the last two weeks of the race their campaign is borrowing money, while Romney is financially poised to blanket swing states with political ads favorable to him. : Ads that reflect the calm, cool, thoughtful, caring individual American voters witnessed in the debates.:  The man who stands in stark contrast to the phony Romney portrait the Obama campaign intentionally painted.

Naturally, because “progressives” are so tolerant and open minded, Obama supporters are still threatening to riot and assassinate Romney.

Not the least bit surprising, after the debate was over Chris Matthews claimed that support for Romney is fueled by race hatred.

Once one team starts taking cheap shots and committing flagrant fouls, it is a sure sign they have lost and the game is over.