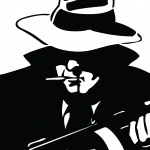 [1]1: the act or practice of extorting especially money or other property; especially: the offense committed by an official engaging in such practice

2: something extorted; especially: a gross overcharge

From Chicago to Madison to Sacramento to Washington DC and points in between:

:» Do as we say and nobody gets hurt. Get the picture sweetheart?

Those self-imagined, self-appointed “intellectual elites” within the ”progressive” Democratic Party and their tarnished Oval Office idol insist the 2012 election is a fight for the middle class.

:» Union members make up only 12.9% of the middle class. If a smart politician wanted to fight for the remaining 87.1%, they would be again 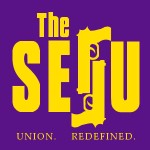 [3]st forcing those voters to pay more taxes so government sector unions can enjoy a job where dismissal for incompetence is virtually impossible, Cadillac benefits (with smaller payroll deductions than the private sector) are the norm, and exorbitant salaries and bloated retirement pensions are business as usual.

:» You politicians better give us what we want or you will get no union support. Get the picture chum? 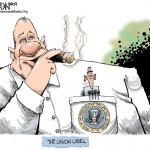 [4]r those who propagate the misrepresentation that union’s “fighting for what they believe in” shows character:

:» How can anyone truly believe that threatening small business owners with boycotts shows character? Small business owners are people who are hard-working individuals, who have invested overtime hours without pay for weeks, months and years on end in hopes they will achieve the American dream of success, who simply wish to remain neutral in the government sector union’s battle.:  Bullying and intimidating these people displays character?

To paraphrase former U.S. President Bill Clinton: It depends on what your definition of character is.

:» Support us whether you want to or not and nobody’s business gets hurt. Defy us and we’ll do everything in our power to make sure your business fails. Get the picture pal o’ mine?

On the other hand, when Conservatives peaceably assemble to petition their Government for a redress of grievances, they are rabid, violent, hateful extremists…

…and of course, RACIST!!

:» What is extreme is acting like $16 trillion in national debt should be of no concern.

:» What is extreme is painting Conservative budget plans to cut a $3.7 trillion federal budget by $61 billion (less than 1%) as extreme.

:» What is extreme is describing plans to freezes an already enacted 25% increase in federal government spending as a serious attempt to cut spending.

:» What is extreme is classifying brave, self-sacrificing veterans returning from Afghanistan and Iraq as potential domestic terrorists.

:» What is extreme is saying that average, everyday Americans who simply want their government to follow the U.S. Constitution should be considered threats to national security.

:» What is extreme is demanding an increase in the U.S. debt limit without restraint ad infinitum.

:» What is extreme is a Department of Justice that picks and chooses which laws to enforce based on the White House’s “progressive” political agenda.

:» What is extreme is the empty class warfare rhetoric that “the rich”, those top 5 percent who still pay more than the bottom 95 percent, “don’t pay their fair share” of support to a slothful, bloated, deficit spending, ever expanding, spiraling completely out of control federal bureaucratic nightmare.

:» What is extreme is the conscious choice made by big government collectivists to ignore economic realities and force every individual to purchase a commodity that imposes collectivist goals on everyone else.

:» What is extreme is the conscious decision made by big government collectivists that the bottom 47 percent who do not pay any income taxes somehow magically qualify to receive an income tax refund. 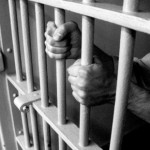 Instead of being elected to office, they should be imprisoned.