Fox News’: Greta Van Susteren: shared a very personal and very disturbing story about the extent to which the: Obama administration: attempted to shut down: Fox News Channel: from reporting on the terror attack in Benghazi. 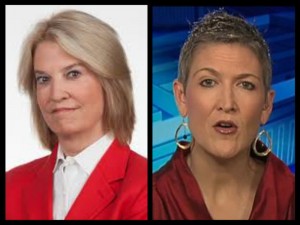 [1] On Thursday, the day after the bipartisan: Senate Intelligence Committeereport on Benghazi was released, Van Susteren took to her blog, “Gretawire[2],” and said the Obama administration “has some explaining to do.”

She took readers for a “little walk in history” to remind of how Fox News Channel was the only network “shut out” of a State Department conference call specifically set up to answer “questions about Benghazi for the media” in the days after the attack in September 2012 and she reminded of “the CIA briefing about Benghazi at the CIA for all the networks — except one: Fox News Channel. : The CIA would not let Fox News Channel attend.”

But, as she wrote next, it was the phone call she received from a “good friend in the Obama administration,” that was most shocking and the most “low.”

Van Susteren held nothing back but the “friend’s” name,: as she wrote, in part[3]:

And then as I was sitting at my desk: thinking about the reporting since September 2012, I thought about the weirdest of all and: the worst of all for me personally! : I remembered a disturbing phone call from a good friend in the Obama Administration. : I have known this friend for years. : The call was a short time after 9/11 (maybe Oct. 2012?) In the call, my friend: told me that my colleague Jennifer Griffin, who was aggressively reporting on Benghazi, was wrong and that, as a favor to me, my friend in the Administration was telling me so that I could tell Jennifer so that she did not ruin her career. :  My friend was telling me to tell Jennifer to stop her: reporting. : Ruin her career?

In 20 plus years, I have never received a call to try and shut down a colleague — not that I even could — this was a first. :  Here is what I know: : Jennifer is a class act….experienced..and a very responsible journalist. : One of the absolute best in the business — no axe to grind, she just wants the facts.

I told my friend before I go to Jennifer telling her she is wrong, : I need proof she is wrong, strong proof and you need to be specific : – what are you saying she is getting wrong? : We went around and around – including the statement again that this was just a call as a favor to Jennifer and me to save Jennifer’s career from reporting incorrect information. : I got no proof. : Zero. :  I smelled a rat. : Favor to me? : Hardly. : My friend was trying to use me. :  I feel bad that a friend did that to me, tried to use me for a dirty reason. :  I knew then – and it is now confirmed by : BIPARTISAN Senate Intelligence Committee – Jennifer was getting her facts right. :  I think it is really low for the Administration to stoop this low.