Horrifying! Obama Refuses To Admit This About Attack In France!

In Barack Obama’s addressing[1] of the horrific terrorist attack in France on Bastille Day, he did not mention ISIS or Islam once. He did call it a terrorist attack, but didn’t address the Islamic elephant in the room… again. He didn’t mention military action or war either. Because we are at war whether our leaders will admit it or not. Our enemies aren’t afraid to say so. Obama would ‘investigate’ the attack, as if he has no idea who pulled it off. What is needed here is leadership and retaliation and they are nowhere to be found. Just like the last eight years of Obama’s presidency… they are missing in action. 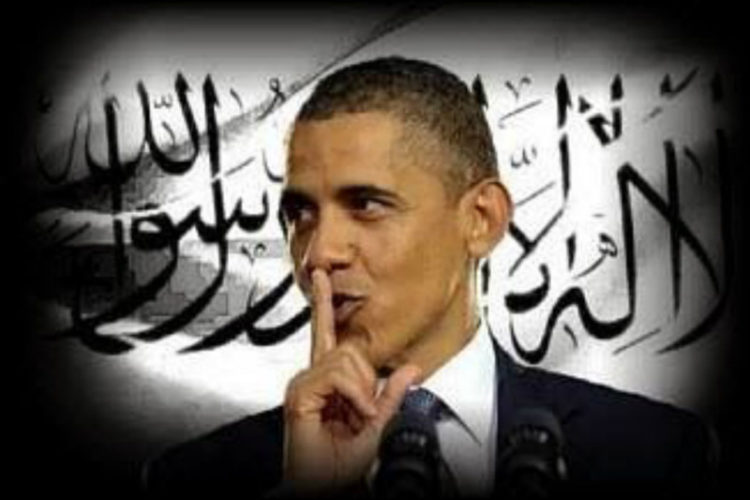 On behalf of the American people, I condemn in the strongest terms what appears to be a horrific terrorist attack in Nice, France, which killed and wounded dozens of innocent civilians. Our thoughts and prayers are with the families and other loved ones of those killed, and we wish a full recovery for the many wounded. I have directed my team to be in touch with French officials, and we have offered any assistance that they may need to investigate this attack and bring those responsible to justice. We stand in solidarity and partnership with France, our oldest ally, as they respond to and recover from this attack.

On this Bastille Day, we are reminded of the extraordinary resilience and democratic values that have made France an inspiration to the entire world, and we know that the character of the French Republic will endure long after this devastating and tragic loss of life.

These aren’t criminals to be prosecuted… they are terrorists that need to be hunted down and eliminated… aggressively. I despise how he couches his words in ‘if’ and ‘appears’. He knows damn well what that attack was. At least 84 are dead; among them 10 children. 54 more children are wounded and over 200 adults are as well. At least 25 are on life support and some are still missing. And Obama has the nerve to get up and say this ‘appears’ to be a terrorist attack? We’ll look into it, but we won’t do anything. We never do. Tell the parents of those dead children how resilient France is… talk of help and recovery while they bury their little ones. What an evil putz our President is. Just sickening.