JUST IN: WORST Has Been Confirmed Of Obama And Assad’s Deal After Report Gets DECLASSIFIED!

So, it turns out that Obama was just as inept on foreign matters as everyone in the United States knew him to be.

French intelligence has determined that not only was Bashar al-Assad behind the Sarin gas attacks in Syria, but that Obama’s attempt to get chemical weapons out of Assad’s hands was woefully inadequate. 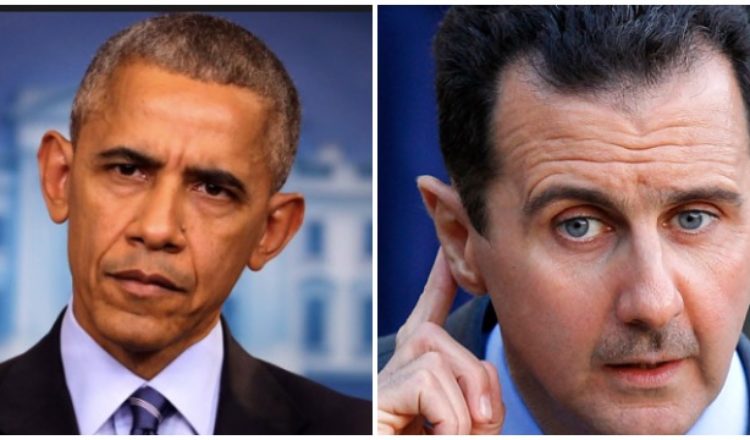 One of Obama’s biggest achievements, or so he thought, was getting Syria to hand over their chemical weapons. Of course, everyone with two brain cells to rub together knew that not only was Syria NOT going to completely hand over their stockpile, but they were going to build it even bigger than before as a way to spite us.

Without shocking anyone who has been paying attention, Obama’s rules regarding the disarmament were lacking in security, leading Assad to essentially do as he pleased with no fear of retaliation.

While John Kerry was working his way around the Sunday morning talk show circuit claiming that we “got 100% of the chemical weapons out of Syria,” Assad was laughing at the naivete of our “leadership” thinking that they could just demand something and get it. Syria had no reason to heed our request and now that Obama’s out of office, he can’t receive any of the due criticism regarding the topic. Well, he CAN, but he wouldn’t listen anyway. He’s out making book deals and speaking to students at his Alma Mater… what does he care if a few Syrians get gassed?