If you ever want to be at the top of the Democratic Party, a politician must unceasingly display self-righteous scorn for the wealthy of our society…Oh, that and be a huge scumbag HYPOCRITE![1]

It’s a bit hard to claim some type of moral high ground when you’re a politician and you make more money off the backs of normal everyday Americans. The politician that I want to speak of is the one that believes she is Native American, even when the opposite has been proven to be the truth. 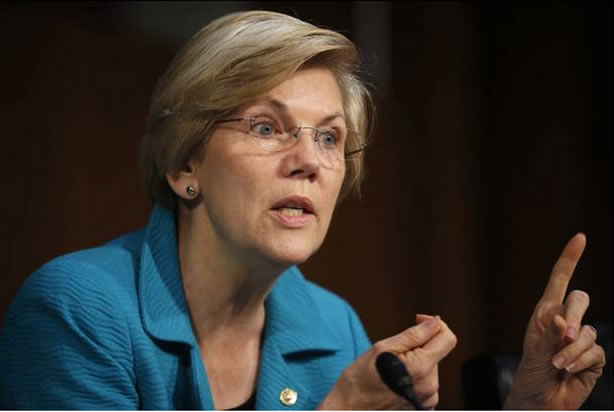 That’s right ladies and gentlemen! Please welcome, Senator Elizabeth Warren! She recently took some swings at Barack Obama for his acceptance of $400,000 dollars for a public speaking event. That’s right. Mr. “wealth inequality,” the man who spent 8 years shaming successful people for being too wealthy and not giving to the poor – was the same guy who spent time on a giant private yacht, snapping photos of his wife!

Here is what Warren threw a fake hissy fit about and if you know Warren, you know she is only doing this to plump up her own horrible profile, gain favors and secure the votes for when she’s up for reelection.

‘Sen. Elizabeth Warren is “troubled” to hear that President Barack Obama will receive $400,000 to speak at a Wall Street health conference in September. “I was troubled by that,” the Massachusetts Democrat said Thursday on SiriusXM’s “Alter Family Politics.” “One of the things I talk about in the book (“This Fight Is Our Fight: The Battle to Save America’s Middle Class”) is the influence of money. I describe it as a snake that slithers through Washington and that it shows up in so many different ways here in Washington.”’

In John Hawkins’ new book ‘101 Things All Young Adults Should Know’[3], he teaches in chapter 17, “If you want to know what a person really believes, watch their actions.” So, what does the actions of Obama tell you? Easy. That his 8 years in office was full of you know what.

This is coming from Elizabeth Warren?! What a hypocrite…but like I’ve said before, let the left eat itself.