Having acquired $zillions in the course of his career in community organizing and public service, Barack Obama may be looking to buy a home on pricey Martha’s Vineyard:

Word around the island is that the Obamas, who’ve rented a place on the Vineyard for the past several summers, are looking to buy. The former first family has many friends on Martha’s Vineyard — Harvard professors Henry Louis “Skip” Gates and Charles Ogletree, and former Obama adviser Valerie Jarrett, to name just a few — and they would like to own a place of their own on the island.

Readers may remember Gates is a Harvard professor who thinks he is oppressed by racist America.

It surprised me that Obama would spend a good eight figures on a home in this exclusive playland of the liberal elite’s upper crust. I thought surely he would want to hang with his homies on the South Side of Chicago. Didn’t they launch him on his path to fame and fortune? 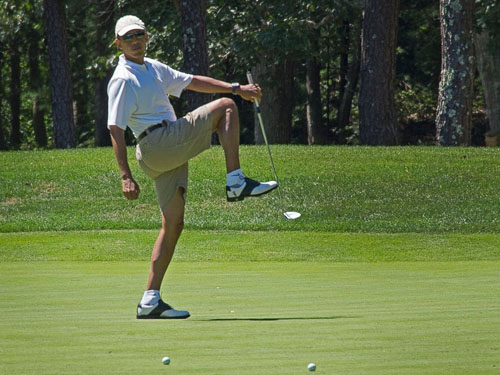