Liberals Are FREAKING Out! Look Who Trump Is Sending To Chicago!

Well, President Donald Trump said he was going to bring this country back to the days when it was based on law and order. It seems, it will be yet another campaign promise he keeps. 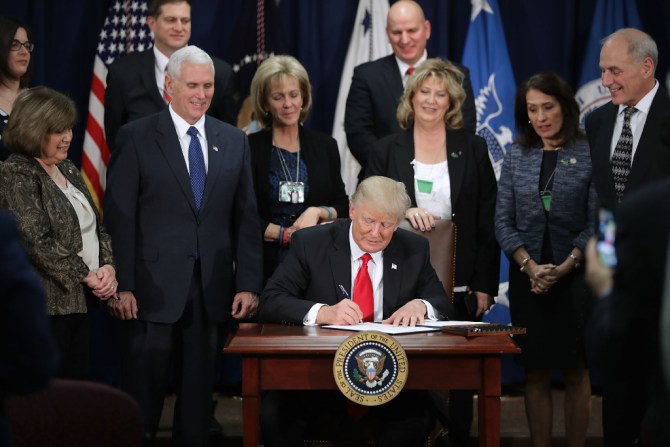 First it was the executive order on the temporary ban of refugees and immigrants from 7 known terrorist countries and now he has his eyes set on the one city in this nation that has been a hotbed of cries from mothers and fathers for their dead children, and the senseless loss of family members as the crime filled streets of Chicago claim their loved ones…day after day after day.

It is a war zone that has been ignored for far too long[2].

Earlier today, the President ordered the ATF to step in… approving them to send in a special task force from Washington, DC to Chicago.

They are to form a new and prepared Chicago Crime Guns Strike Force.

This Strike Force will be made up of 20 of their top agents, which is going to be a significant increase in the ATF’s presence.

There was only a count of 40 agents in the Chicago metropolitan area before this and the order has been a complete shock to Mayor Ryan Emmanuel. He had reportedly told media that he welcomed the President’s help and furthermore even asked for more federal FBI and DEA agents to be sent for assistance in the fight against what has been this nation’s most unfiltered city of crime with death rates never seeming to cease or show any signs of decreasing….only increasing.

A spokesperson for the ATF released this statement on the new orders:

“ATF is exploring various options as we are committed to furthering law enforcement efforts in Chicago. One of those options is to send additional agents to Chicago on permanent transfers. ATF is still early in the process of developing strategies and will be prepared to discuss these options further once plans are finalized.’”

As many of us know, Chicago is the home of our former President. President Barack Obama, who over the 8 years he was given to make a difference, did not. His own city has fallen to the violent darkness of crime and murder in the last decade…and he did nothing. Not even acknowledgment of the current state of crime there.

Chicago is a city with the strictest gun control regulations across the board and yet also the highest crime rates of any city across the nation.

Yet another failure to add to the Obama administration’s list. Protecting life was just not priority.

Well now, President Trump is stepping in and he plans to provide Americans the opportunity to clean up the city. He cannot do this alone of course, the city of Chicago and its people need to be a part of this effort too.

He knows he only has a guaranteed 4 years to create as much good change as he can to help make America great again…so he is not going to be slowing down anytime soon.

These are exciting times….

Prayers going out to all those who will be a part of this effort to bring peace to Chicago and make it a prosperous city once again!

God bless America and her President.