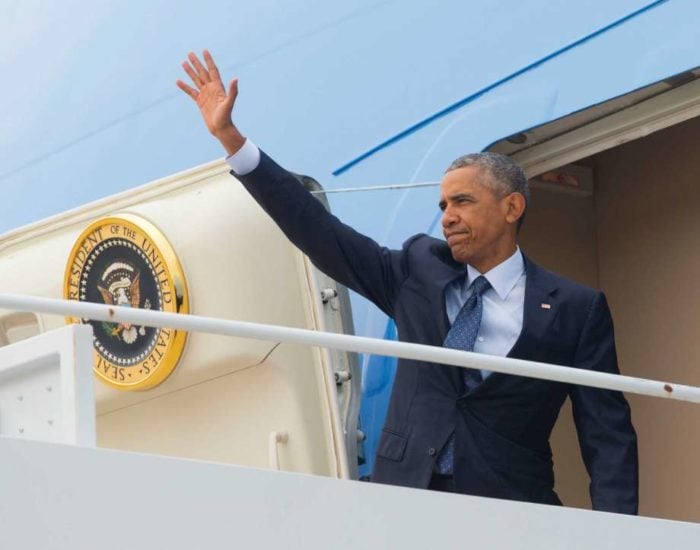 (Washington Post[2]) President Obama moved to solidify his environmental legacy Tuesday by withdrawing hundreds of millions of acres of federally owned land in the Arctic and Atlantic Ocean from new offshore oil and gas drilling.

Obama used a little-known law called the Outer Continental Shelf Lands Act to protect large portions of the Chukchi and Beaufort seas in the Arctic and a string of canyons in the Atlantic stretching from Massachusetts to Virginia. In addition to a five-year moratorium already in place in the Atlantic, removing the canyons from drilling puts much of the eastern seaboard off limits to oil exploration even if companies develop plans to operate around them.

The announcement by the White House late in the afternoon was coordinated with similar steps being taken by Canadian Prime Minister Justin Trudeau to shield large areas of that nation’s Arctic waters from drilling. Neither measure affects leases already held by oil and gas companies and drilling activity in state waters.

I guess Mr. Obama would prefer that we get more of our oil from nations like, say, Iran.

As Powerline[3] notes, with the power to block also comes the power to unblock, but, even if there is not way, Congress can attempt to pass a law to overrule. As for needing a 60 vote threshold in the Senate, bah, let the shenanigans Democrats pulled come back to bite them. Too bad Congress can’t pass a law forcing the current administration to stop using fossil fuels altogether, leaving Obama stranded in Hawaii, with the choice to stay or pay for a trip on his own credit card.

The Wall Street Journal[4] calls this largely symbolic, since there is not much call for new drilling in these waters at this time. It’s just another feel good look at me (I’m a total hypocrite on the use of fossil fuels) move by a guy with less than a month to go. And we should probably not expect him to go softly out of office. This is surely the first of a lot of rules and executive orders.