Mike Huckabee: If Obama Can Put Up Rainbow Lights, Don’t Be Surprised if I Put Up a Nativity Scene

Obama’s decision to light up the White House with rainbow-colored lights after gay marriage was legalized was a huge slap in the face to the millions of Americans who disagreed with the ruling, not to mention to the Constitution itself. Mike Huckabee responded, saying that if he ever becomes president, to not be surprised if he puts up a nativity scene. 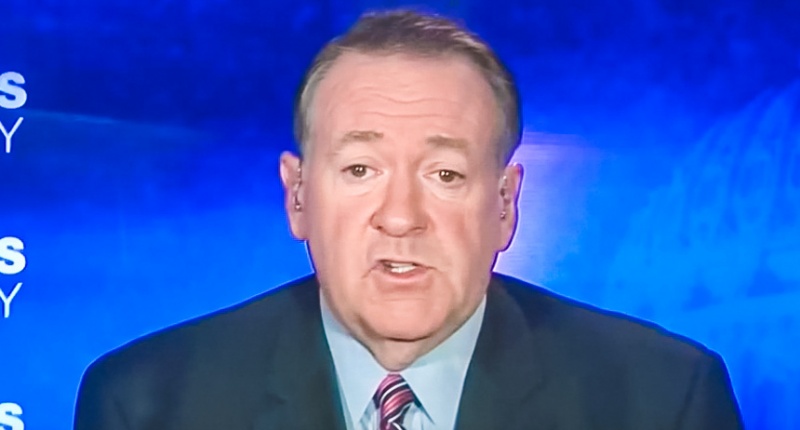 Speaking on Sunday’s “This Week with George Stephanopoulos” on ABC, 2016 GOP nominee candidate Mike Huckabee reacted to President Barack Obama lighting up the White House with rainbow lights after gay marriage was ruled to be allowed all over the country.

Huckabee, an ordained Southern Baptist minister, said that it’s Obama’s prerogative to shine those lights, but he pled with people to not complain if he decides to put up a nativity scene if he is in office.

“We have seen something that I find very interesting; when the President lit up the White House the other night with rainbow colors, I guess that’s his prerogative. If I become president, I just want to remind people that please don’t complain if I were to put a nativity scene out during Christmas and say, ‘If it’s my house, I get to do with it what I wish,’ despite what other people around the country may feel about it.”

Obama seems to be under the impression that he owns the White House now, and that it’s his to do with what he wishes. Perhaps someone should remind him that he’s just a temporary tenant, and that the White House belongs to the people of the United States.